LONDON (Reuters) - Retail billionaire Philip Green, one of Britain's most prominent businessmen, was named in parliament on Thursday as having taken legal action to try to prevent publication of allegations of sexual harassment against him. 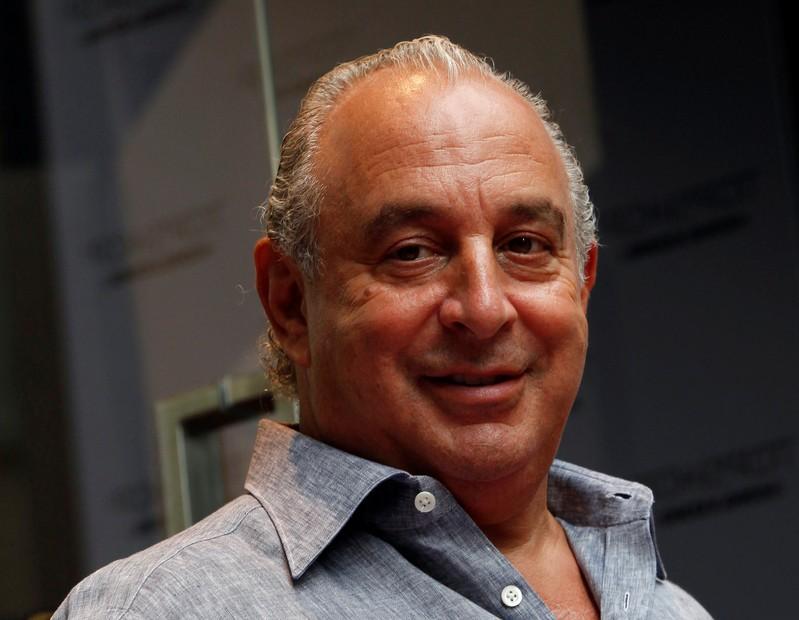 LONDON (Reuters) - Retail billionaire Philip Green, one of Britain's most prominent businessmen, was named in parliament on Thursday as having taken legal action to try to prevent publication of allegations of sexual harassment against him.

The Telegraph newspaper said on Wednesday that a leading businessmen had been granted an injunction by a British judge preventing it from identifying him and publishing details of alleged sexual harassment and racial abuse of staff.

In a statement, Green denied having broken the law and said his businesses fully investigated employee grievances.

"To the extent that it is suggested that I have been guilty of unlawful sexual or racist behaviour, I categorically and wholly deny these allegations," he said in a statement issued by a media representative.

The case has been cast in the British media as an example of powerful men using money and lawyers to cover up allegations of sexual harassment.

Labour politician Peter Hain used a speech in the upper house of the British parliament, the House of Lords, to name Green. Under Britain's system of parliamentary privilege, members can speak freely and their comments can be reported by the media.

"I feel it's my duty under parliamentary privilege to name Philip Green as the individual in question," Hain said.

"The media have been subject to an injunction preventing publication of full details of a story which is clearly in the public interest."

In his statement, Green said his Arcadia group, which owns TopShop, sometimes reached confidential legal settlements in response to employees' formal complaints, in common with other large businesses.

"These are settled with the agreement of all parties and their legal advisers. These settlements are confidential so I cannot comment further on them," he said.

The Telegraph had described the case as "the British #MeToo scandal which cannot be revealed."

The #MeToo movement began in the United States last year in response to accusations of sexual harassment and abuse by powerful men in the entertainment industry including film producer Harvey Weinstein.

Green, 66, became one of the Britain's best known retailers when he bought department store group BHS in 2000 and TopShop owner Arcadia in 2002.

The entrepreneur, once known as 'king of the high street' was knighted by Queen Elizabeth. But his reputation was damaged by the collapse of BHS after he sold the chain for 1 pound in 2015 to a businessman who had formerly been declared bankrupt.

Lawmakers blamed Green for the chain's demise and said it raised questions about gaps in company law and pension regulation. In a report to parliament in July 2016, they called the collapse "the unacceptable face of capitalism".

Green called the report "the predetermined and inaccurate output of a biased and unfair process" and said the sale had been made in good faith.