London: Three women, allegedly enslaved for 30 years here by an Indian-origin man and his Tanzanian wife, were for the first time interviewed by the British police today.

Formal police interviews with the three women have started after officials said the evidential interviews will not be conducted at a police station but at a suitable place, BBC reported.

The women were rescued from a house in Peckford Place, Brixton last month. The alleged suspects who enslaved the women have been named as 73-year-old Aravindan Balakrishnan and his 67-year-old Tanzanian wife Chanda. 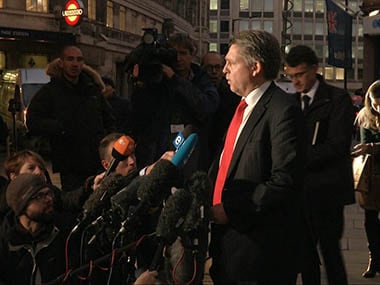 The couple were arrested earlier this week on charges of slavery and immigration offences after three women, a Malaysian, 69, an Irish, 57, and a British woman, 30, were freed by police from a house in south London.

The case came to light after one of the women rang a charity to say she had been held against her will.

Previously, the Metropolitan Police has said they believe two of the three women met the male suspect "through a shared political ideology" before living together as a "collective".

Until today, police said they have had indirect contact with the trio, who it is claimed were effectively brainwashed into remaining in a political collective for more than three decades.

"We have not yet been able to formally interview the victims in this case so we don't fully understand the nature of the allegations," Commander Steve Rodhouse was earlier quoted as saying by the Belfast Telegraph newspaper.

"We are moving to a point where we will be able to interview the victims and our plan is actually to do so today," he said. "The victims are in the care of specialists who have got great experience of dealing with people who have been subject to trauma. We're working to that advice of those experts as to how best to handle those victims, to support them and of course to draw out the evidence we would need to substantiate any prosecution," Rodhouse said.

The two victims identified so far are Siti Aishah from Malaysia and Josephine Herivel of Ireland.