Britain agrees with US assessment of chemical weapons use in Syria

London: Britain Friday agreed with the US assessment of chemical weapons being used in Syria.

British Foreign Secretary William Hague said he agreed with the US assessment that chemical weapons had been used in Syria, Xinhua reported. 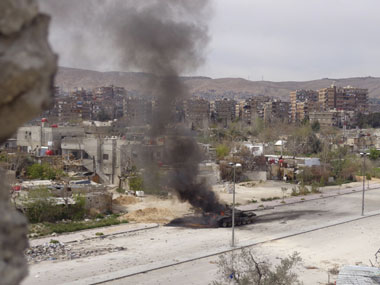 The White House Thursday publicly accused the Bashar al-Assad regime, for the first time, of using chemical weapons, including the nerve agent sarin gas, against rebels in the ongoing civil war.

On Thursday, UN High Commissioner for Human Rights Navi Pillay announced that the number of documented deaths resulting from the conflict in Syria between March 2011 and the end of April 2013 has reached 92,901.