By Pedro Fonseca and Rodrigo Viga Gaier RIO DE JANEIRO (Reuters) - The reopening of beaches and bars as Rio de Janeiro heads into the heady summer season risks a second spike of coronavirus infections, experts warned, even as Brazil's second-largest city dismantles much of its emergency healthcare capacity. Pictures of dense parasols rolling carpet-like over Rio's famed beaches and rowdy street-side drinking have gone viral in recent weeks, alarming epidemiologists who fear the reopening may have come too soon 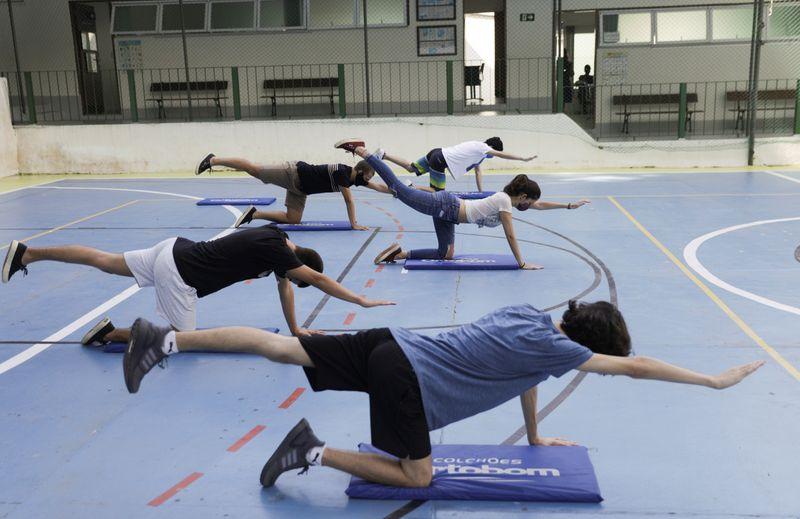 RIO DE JANEIRO (Reuters) - The reopening of beaches and bars as Rio de Janeiro heads into the heady summer season risks a second spike of coronavirus infections, experts warned, even as Brazil's second-largest city dismantles much of its emergency healthcare capacity.

Pictures of dense parasols rolling carpet-like over Rio's famed beaches and rowdy street-side drinking have gone viral in recent weeks, alarming epidemiologists who fear the reopening may have come too soon.

Part of the problem they say, is that Rio's decision to ease restrictions was based partly on incorrect data showing a fall in deaths, which later turned out to only be a bureaucratic delay in their notification.

Deaths were in fact still stable, at a high plateau.

COVID-19 has already devastated Brazil's postcard city, killing more than 10,000 people. If Rio were a country, its per capita mortality rate would rank as the world's worst.

Brazil has the world's third-largest coronavirus outbreak behind the United States and India.

"There's no guarantee the situation has permanently stabilized. There are still a lot of people susceptible to the virus in the city," said Americo Cunha, a professor of math and statistics at Rio de Janeiro state university who has been tracking the outbreak.

"If there aren't adequate containment measures, you could see a so-called second wave," he added.

A second wave could be particularly fatal.

While Rio built two temporary hospitals at the beginning of the pandemic, it has already closed one of them, citing a flattening curve.

The state has cut nearly half of its intensive care units.

The city had promised to build as many as seven field hospitals but failed to deliver them amid serious graft allegations.

The governor of Rio de Janeiro state was suspended in August for 180 days for allegedly receiving bribes linked to the state's coronavirus response. He denies wrongdoing.

"If we have a rise in cases due to this reopening process, the probability that the health system will collapse is very high," said Diego Xavier, a researcher at Fiocruz, a leading Brazilian public health research institute.

With the summer approaching, it is likely cases will inch upwards, as they have in Europe, epidemiologists say. So far, however, the number of deaths from coronavirus in many European countries has not risen in line with new infections.

Some cariocas, as Rio's sun-loving residents are known, say the beach is getting unfair attention.

"We're stuck in crowded buses or on the metro to get to work anyway," said Pedro Bittencourt, who works as a salesman at a clothing store. "So I think it's more than reasonable to be able to enjoy a bit of beach."