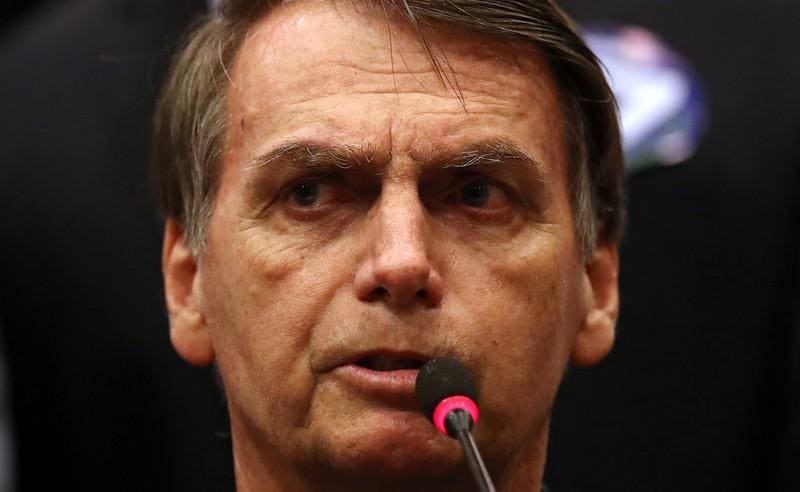 By Lisandra Paraguassu and Eduardo Simões

Haddad denounced the practice after newspaper Folha de S.Paulo reported that well-heeled supporters paid for messaging by third-party agencies, each paying up to 12 million reais ($3.26 million) to spread tens of thousands of attack ads.

Bolsonaro called it "voluntary support" in a Twitter post retort that accused Haddad's Workers Party (PT) of stealing public money to "buy minds" for political gain while in office.

Haddad said his party has witnesses saying Bolsonaro asked business leaders at a dinner in Sao Paulo for funds to pay for the bulk messaging, which he described as undeclared campaign contributions.

In a radio interview, Haddad said the Bolsonaro campaign had "created a veritable criminal organization with businessmen who are using undeclared money to pay for false messages on WhatsApp."

However, a Brazilian public prosecutor with experience in cyber crime was sceptical whether the allegations would constitute a serious crime. Legal precedents that apply to public social networks such as Facebook and Twitter may not apply to WhatsApp, where users communicate in smaller groups, said the prosecutor, who sought anonymity to discuss the case.

PT allies said they would file a complaint with electoral courts. Haddad called on international election observers and WhatsApp itself to look into the case.

A representative for WhatsApp, a division of Facebook Inc, said the report was being taken seriously.

"WhatsApp has proactively banned hundreds of thousands of accounts during the Brazilian election period," a spokesperson said. WhatsApp's spam detection technology spots accounts that engage in automated behaviour and spread misinformation, she said.

Campaign propaganda has flooded social media in Brazil ahead of an Oct. 28 run-off vote in the presidential election, which Bolsonaro is expected to win.

Bolsonaro vows to pursue market-friendly policies laid out by his economic adviser, University of Chicago-trained economist Paulo Guedes, who has said that widely respected central bank chief Ilan Goldfajn would be asked to stay on.

However, Goldfajn is preparing to step down by the end of the year, Bloomberg reported on Thursday, cited two unnamed people who spoke to Goldfajn about the matter.

Riding high on an anti-graft and law-and-order platform, Bolsonaro won 46 percent of valid votes in the first-round election on Oct. 7, barely missing an outright victory.

With a growing lead in opinion polls, Bolsonaro has said the presidency is "within reach," although he has been unable to campaign due to a near-fatal stabbing during a rally last month.

His doctors had instructed him not to take part in debates against Haddad but said after a check-up on Thursday that the decision was up to him and his campaign. They said he is recovering well but still needs "nutritional support and physiotherapy."