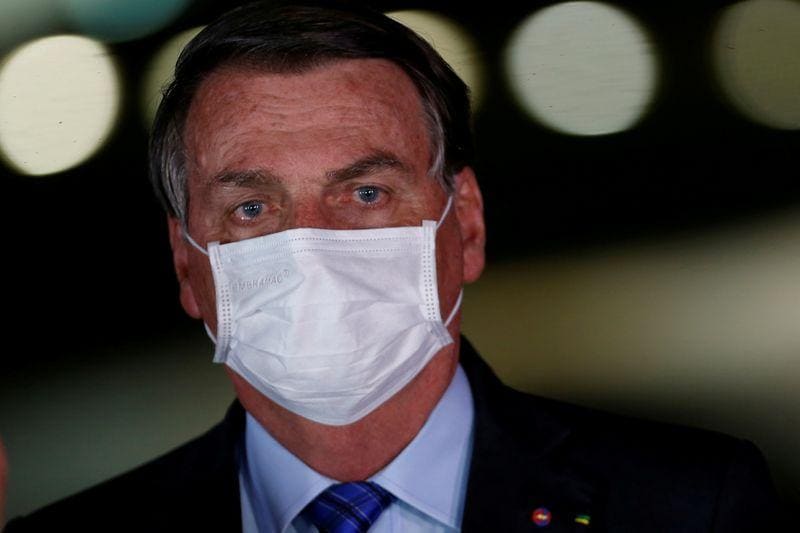 SAO PAULO (Reuters) - The approval rating of Brazil's far-right president, Jair Bolsonaro, has risen to 37%, the highest level since he arrived in power in January 2019, a poll by Datafolha showed on Friday.

Bolsonaro's spike in popularity comes as the government has been making emergency 600 reais monthly payments to low-paid and informal workers, totaling more than 250 billion reais ($47 billion). The government is considering extending them for more months, as they expire in September.

Brazil is suffering the world's worst coronavirus outbreak after the United States, with 3.2 million cases and 105,463 deaths.