By Jake Spring BRASILIA (Reuters) - Brazil's mining secretary said on Friday he expects the sector's main regulator to extend its investigation until January 2020 into the causes of the Vale SA mining dam collapse that killed at least 240 people. 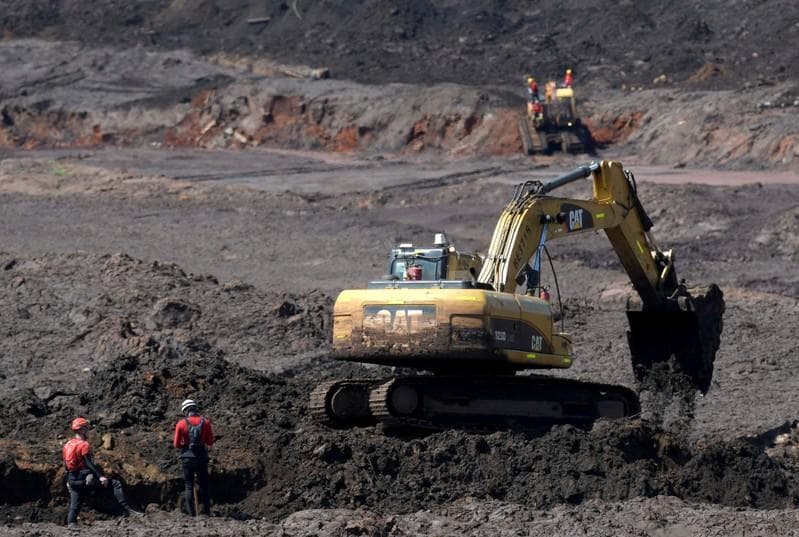 Secretary Alexandre Vidigal de Oliveira of the Mines and Energy Ministry had ordered the National Mining Agency (ANM) to investigate the disaster in February, a process that ordinarily would have expired in August.

But that deadline is now likely to be extended for another 180 days, he said in an interview, citing the probe's complexity and the difficulty in accessing the disaster area, which has also been the site of a major operation to retrieve the dead.

The dam containing mining waste known as tailings ruptured on Jan. 25 at a Vale iron ore mining facility in Brumadinho, a town in Minas Gerais state, unleashing a torrent of sludge that buried people and buildings in its wake.

The cause of the rupture was "without a doubt" a process called liquefaction, Oliveira said, in which water seeps into the dam - itself often made of dried mining waste - and causes the solid material to lose its strength. But many aspects of the disaster remain unclear, including how the liquefaction occurred.

"Why did the equipment, the monitoring, not identify this bigger quantity (of water) than is allowed? Because everything led to the belief that it all was within the standards," Oliveira told Reuters. "It's important to know the real truth of what happened."

The ANM probe is looking into violations of mining and other administrative rules, while police are separately investigating criminal wrongdoing.

A Senate investigation that concluded earlier this month recommended a series of measures aimed at preventing further disasters, expanding the list of environmental crimes and instituting a tax on miners of up to 40%.

Industry analysts have said such severe changes are unlikely, but that a more moderate tax rise and additional safety requirements are possible.

Oliveira said the Senate committee's findings must be respected, although it was uncertain whether the government would adopt the same positions. The government needs more time to analyse them, he said.

The same is true for so-called dry processing, mining waste systems, which avoid the need for tailings dams.

"Could it be viable for all mining projects? In theory, yes," he surmised.

But regulators still must analyse what safety, environmental and other measures surrounding the waste created in dry processing to know if such a system can be viable.