RIO DE JANEIRO (Reuters) - Brazil on Thursday set a new record of 4,249 coronavirus deaths in a day, as overwhelmed hospitals run low on supplies and the country nears record levels of deaths seen in the United States. 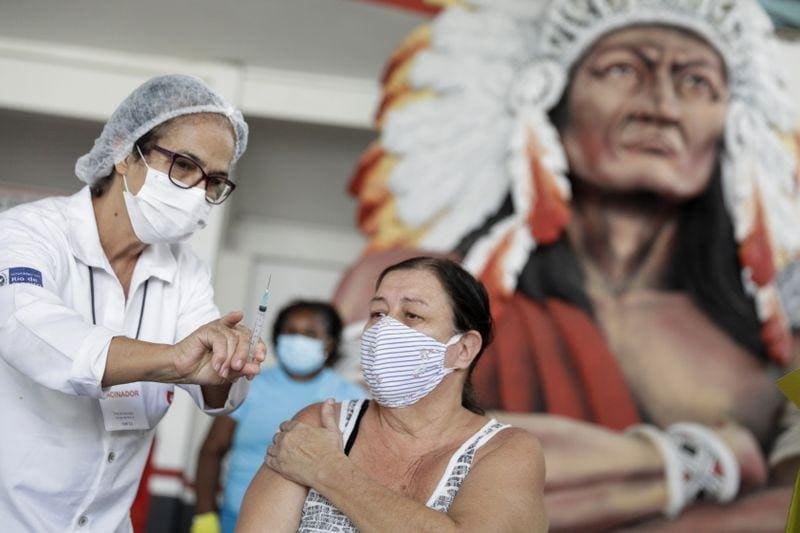 RIO DE JANEIRO (Reuters) - Brazil on Thursday set a new record of 4,249 coronavirus deaths in a day, as overwhelmed hospitals run low on supplies and the country nears record levels of deaths seen in the United States.

The single-day record from the worst of the U.S. outbreak was 4,405 deaths registered on Jan. 20, according to the Centers for Disease Control and Prevention (CDC). While cases there wane as immunizations ramp up, Brazil's outbreak is spiraling out of control, with vaccines in short supply and the president fighting lockdowns.

Brazil's public healthcare system has shown growing signs of buckling under the caseload, and a survey by the National Association of Private Hospitals (ANAHP) this week suggests even the richest hospitals are running short on critical medicine.

Three out of four private hospitals said they have a week or less of supplies for treating COVID-19, including oxygen, anesthesia and essential drugs for intubation, according to the ANAHP survey of 88 member hospitals across the country.

President Jair Bolsonaro's government has played down the risk of the country's hospitals running out of medicine, as the right-wing leader tries to allay fears of the virus, while railing against state and local efforts to restrict movement.

"Let's not cry over spilled milk. We're still going through a pandemic that, in part, is being used politically - not to defeat the virus but to bring down the president," Bolsonaro said in a public address on Wednesday. "In what country on earth do people not die? Unfortunately, people die everywhere."

More than 345,000 people have died of COVID-19 in Brazil, making it the second-deadliest outbreak after the United States, whose population is about 50% greater.

Brazil's Supreme Court ruled on Thursday that state and municipal bans on religious gatherings were legal, in a blow to Bolsonaro, who has called them an attack on religious freedom.

As Brazil suffers the worst of the pandemic, the country has become a testing ground for new vaccines.

Brazilian health regulator Anvisa on Thursday approved the fifth late-stage trial for a COVID-19 vaccine in the country, greenlighting a study by Canada's Medicago R&D Inc and GlaxoSmithKline PLC.

Anvisa said the companies were authorized to conduct phase 3 trials in the country. The companies are recruiting around 3,500 volunteers in Brazil for the study, which will include some 30,000 people, in the U.S., Canada, Europe and Latin America.