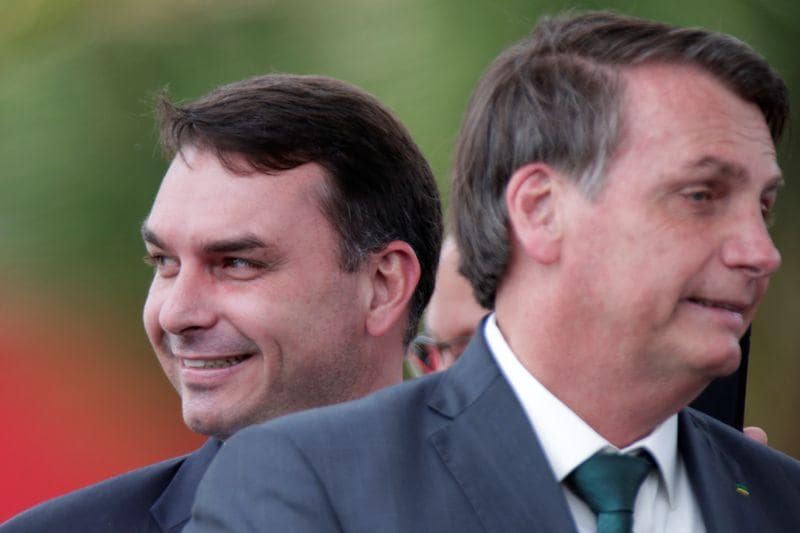 The indictments ratchet up pressure in a long-running probe into the son of right-wing leader Jair Bolsonaro. The younger Bolsonaro, 39, is a federal senator who has been under investigation for accusations that he orchestrated a corruption scheme in which employees would kick back part of their salary to him while he was serving in the Rio de Janeiro state legislature.

Flavio Bolsonaro did not immediately respond to a request for comment sent to his cabinet office.

O Globo, one of Brazil's leading dailies, cited a more than 300-page indictment detailing the charges.

The Rio prosecutors office, however, said in a statement that no charges had yet been filed against Flavio.

"The institution regrets and repudiates the disclosure of news related to sealed investigations," it said.