By Gram Slattery BRUMADINHO, Brazil (Reuters) - Brazil's government weighed pushing for a management overhaul at iron ore miner Vale SA on Monday as grief over the hundreds feared killed by a dam burst turned into anger, with prosecutors, politicians and victims' families calling for punishment. 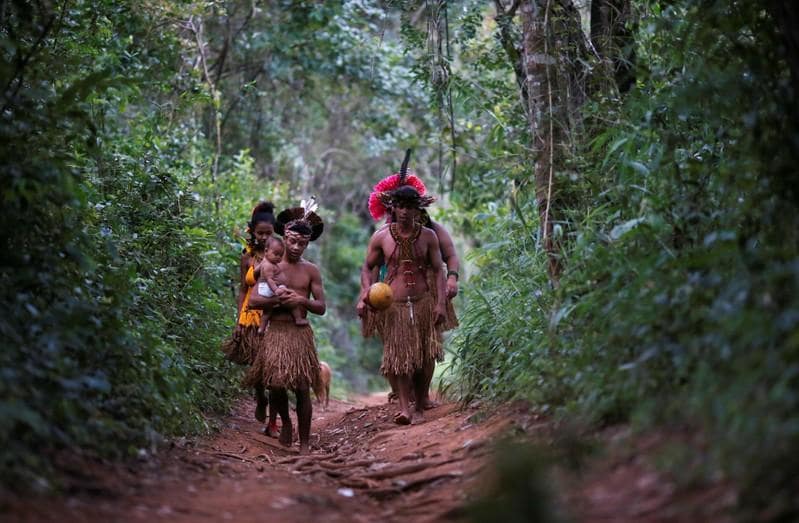 BRUMADINHO, Brazil (Reuters) - Brazil's government weighed pushing for a management overhaul at iron ore miner Vale SA on Monday as grief over the hundreds feared killed by a dam burst turned into anger, with prosecutors, politicians and victims' families calling for punishment.

By Monday night, firefighters in the state of Minas Gerais had confirmed that 65 people were killed by Friday's disaster, when a burst tailings dam sent a torrent of sludge into the miner's offices and the town of Brumadinho.

There were still 279 people unaccounted for, and officials said it was unlikely that any would be found alive.

Brazil's acting president, Hamilton Mourao, told reporters a government task force on the disaster response is looking at whether it could or should change Vale's top management.

Public-sector pension funds hold several seats on the board of the mining company, and the government holds a "golden share" giving it power over strategic decisions.

"The question of Vale's management is being studied by the crisis group," said Mourao, who is serving as acting president for some 48 hours while President Jair Bolsonaro recovers from surgery. "I'm not sure if the group could make that recommendation."

Igor Lima, a fund manager at Galt Capital in Rio, said the severe threats from the government and prosecutors drove the shares even lower than many analysts had estimated.

"This reaction has brought quite a lot of uncertainty about the size of the financial punishment Vale will have to handle", he said.

Senator Renan Calheiros, who is in the thick of a Senate leadership race, on Twitter called for Vale's top management to be removed urgently "out of respect for the victims ... and to avoid any destruction of evidence."

One of Vale's lawyers, Sergio Bermudes, told newspaper Folha de S. Paulo that management should not leave the company and said that Calheiros was trying to profit politically from the tragedy.

Vale's senior executives have apologised for the disaster but have not accepted responsibility, saying the installations met the highest industry standards.

The disaster at the Corrego do Feijao mine occurred less than four years after a dam collapsed at a nearby mine run by Samarco Mineracao SA, a joint venture by Vale and BHP Billiton, killing 19 and dumping toxic sludge in a major river.

While the 2015 Samarco disaster unleashed about five times more mining waste, Friday's dam break was far deadlier as the wall of mud hit Vale's local offices, including a crowded cafeteria, and tore through a populated area downhill.

"The cafeteria was in a risky area," Renato Simao de Oliveiras, 32, said while searching for his twin brother, a Vale employee, at an emergency response station. "Just to save money, even if it meant losing the little guy. ... These businessmen, they only think about themselves."

Nestor José de Mury said he lost his nephew and coworkers in the mud. "I've never seen anything like it, it killed everyone," he said.

Vale Chief Financial Officer Luciano Siani told journalists on Monday evening that, despite interrupting operations in Brumadinho, the company would continue royalty payments to the municipality. He said Vale royalties made up about 60 percent of the town's 140 million reais in revenue last year.

Siani said a donation of 100,000 reais will be made to each family that lost a relative in the disaster and said Vale would step up investments in dam safety.

Since the disaster, courts have order a freeze on 11.8 billion reais of Vale's assets to cover damages. State and federal authorities have slapped it with 349 million reais of administrative fines.

German insurer Allianz SE may have to cover some of the costs of the dam collapse, two people familiar with the matter told Reuters.

"I'm not a mining technician. I followed the technicians' advice and you see what happened. It didn't work," Vale CEO Fabio Schvartsman said in a TV interview. "We are 100 percent within all the standards, and that didn't do it."

Mines and Energy Minister Bento Albuquerque proposed in a Sunday newspaper interview that the law be changed to assign responsibility in cases such as Brumadinho to the people responsible for certifying the safety of mining dams.

"Current law does not prevent disasters like the one we saw on Brumadinho," he said. "The model for verifying the state of mining dams will have to be reconsidered. The model isn't good."