By Bozorgmehr Sharafedin LIVERPOOL (Reuters) - The traffickers told Fardin Gholami that a fishing boat would take him from France to England at midnight, but when he and five other Iranian asylum seekers got to the beach, all they found was an inflatable dinghy with nobody to sail it. Gholami had paid 16,000 euros to human traffickers to take him from Kamyaran, in western Iran, to Britain. 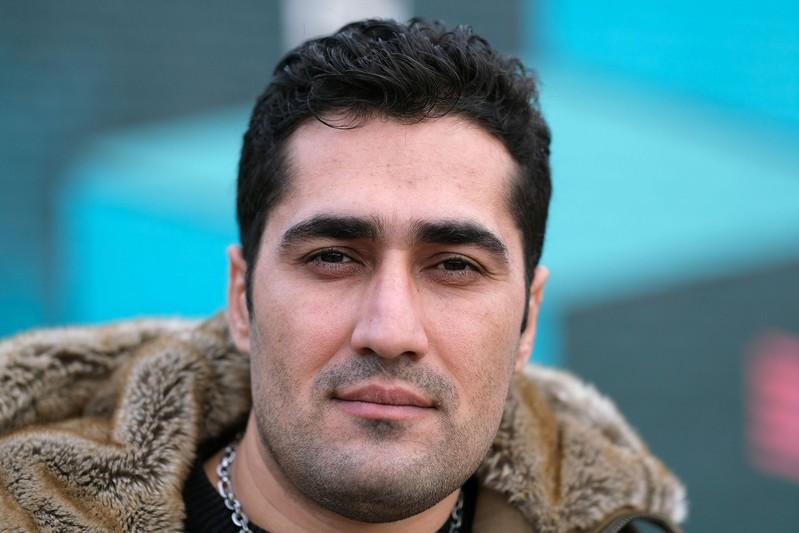 LIVERPOOL (Reuters) - The traffickers told Fardin Gholami that a fishing boat would take him from France to England at midnight, but when he and five other Iranian asylum seekers got to the beach, all they found was an inflatable dinghy with nobody to sail it.

Gholami had paid 16,000 euros to human traffickers to take him from Kamyaran, in western Iran, to Britain. But on the seashore near Calais he realised he and his compatriots would now have to fend for themselves.

"They showed us a red light on the horizon and said we should sail towards that," said Gholami, 31, one of hundreds of Iranians who have risked their lives to cross the English Channel.

The Channel is one of the world's busiest shipping lanes, and the migrants' inflatable boats are not equipped to cross it, especially in treacherous winter weather.

"Sometimes there were big ships. It was scary. We knew if we crashed into them, that would be the end of us," he said.

Mohammad Salehi Bakhtiari, 47, crossed the Channel in October. "The waves were coming from all directions. It was a nightmare. We saw death many times in the four hours it took to cross. Those four hours felt like four months," he told Reuters.

More than 500 migrants - mostly Iranians, some of them children - attempted to travel to Britain in rubber dinghies in 2018, four out of five of them in the last three months of the year. Some were turned back to France.

British Home Secretary Sajid Javid cut short a family holiday to address the issue. Britain has doubled the number of patrol boats in the Channel to four, along with a naval ship.

One month after he was arrested near the port of Dover, Gholami lives in a hostel in Liverpool, temporary accommodation provided by the government while his asylum claim is being processed.

His roommate, Babak Hajipour, 40, also crossed the Channel in December. "We thought that if we did not succeed we would die and it would be over once and for all," he said.

British media described the Iranian exodus as a final effort to reach Britain before it leaves the European Union. But all the asylum seekers that Reuters spoke to said Brexit was not a factor for them. One had not even heard of it.

Gholami, a teacher, left Iran after his environmental activist friends were arrested and he feared he would be too.

Bakhtiari, an electricity project manager, spent two years in prison for distributing information about labour rights in factories. He fled the country while on temporary release.

Hajipour, a plumber and electrician, left after being beaten by police on the street for wearing shorts.

"I think sanctions, the economic situation on Iran, and mixing religion with politics are the main reasons why people are leaving the country," he said.

He hoped eventually to bring his family to Britain, including his 7-year-old daughter. "She will not have a bright future in Iran," Hajipour said.

Other Iranian asylum seekers in Europe and Turkey told Reuters they decided to leave Iran after giving up hope in the face of growing economic and political difficulties.

In 2018, more than 21,000 Iranians left the country to seek asylum in Europe, Turkey, the United States, Canada and Australia, United Nations figures show.

Iran's Armed Forces Chief of Staff, Major General Mohammad Baqeri, said: "Foreign enemies are encouraging young people to leave Iran and turn their backs on the values of the Islamic Revolution, persuading people that resisting superpowers will lead to war."

In the third quarter of 2018, the number of Iranian asylum seekers in Britain increased more than 30 percent from the previous year. The Home Office said most asylum applicants last year came from Iran.

"Here and maybe in other countries, there are more Iranian refugees than Syrians," Gholami said.

"The situation in Iran is worse than a country at war. Especially recently, because of the country's nuclear ambitions, the economic situation has deteriorated and I think there will be a new wave of Iranian economic refugees," he said.

A 37-year-old Iranian, who asked not to be named because he feared for the safety of his family in Iran, said he sold his house to come to Britain.

"I never dreamed of coming to Europe. I had a decent life in Iran, a car, a small factory with workers."

He said he felt humiliated queuing for food in Liverpool, where he receives 35 pounds a week from the British government. But a bus ride in the city costs 2.50 pounds and he has to pay more than 30 pounds for an internet connection on his phone to talk to his family back home.

There, a worker earns only enough in a day to buy half a kilo of meat. "Because of sanctions, people are at a dead end," he said.

AFFLUENT BUT WITHOUT HOPE

Economic hardship might have triggered an exodus from Iran, but Roya Kashefi of the Association of Iranian Researchers believes Iranian refugees should be considered political, not economic migrants.

In Calais, Maya Konforti, secretary of the Association l'Auberge des Migrants, believes Iranian asylum seekers resort to extreme measures like sewing their lips together, hunger strikes, or crossing the Channel in small boats, because of their middle class background.

"They had a decent life, from a financial point of view, in Iran, while living conditions in Calais are horrendous. They were used to living in a house, and here they have to live in a muddy tent in the cold. So they cannot stand it," Konforti told Reuters.

"They tell us staying in Calais is like dying one day at a time. They are ready to try anything. They say OK, boats. We don't care. We take the risk, we might die, but at least we will die quickly."

The number of Iranians in and around Calais began growing in late 2017 after Serbia scrapped visa requirements for Iranian citizens, opening up an easier route to the European Union.

Serbia cancelled the initiative 14 months later after 1,100 Iranian sought asylum there. Others moved on.

One Tehran resident told Reuters that many young people and families wanted to leave for a better life.

His first attempt in June to reach Europe via Russia failed after almost a month on the road.

"The human traffickers asked us for more money. We didn't have any, so they took our mobile phones and left us in the middle of the road. We really struggled to return to Iran."

He is saving money for his next journey to Europe through Turkey.