Boris Johnson says he is serious about 'no-deal' Brexit threat

By Andy Bruce LONDON (Reuters) - Seeking to regain momentum in his bid to become the next prime minister of Britain, Boris Johnson said on Monday he was seriously prepared to take the country out of the European Union in October even if a deal with the bloc had not been reached. 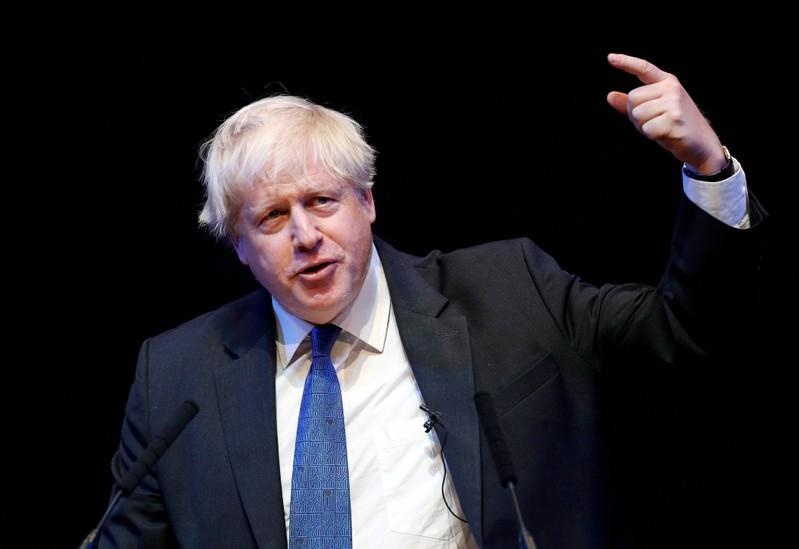 LONDON (Reuters) - Seeking to regain momentum in his bid to become the next prime minister of Britain, Boris Johnson said on Monday he was seriously prepared to take the country out of the European Union in October even if a deal with the bloc had not been reached.

The former London mayor is still the frontrunner in the race to succeed Theresa May but his lead had been dented by reports of a heated late-night row with his girlfriend that led to the police being called to their home.

His rival, Foreign Secretary Jeremy Hunt, on Monday described Johnson as a "coward" for avoiding public head-to-head debates with him.

Johnson declined to comment on the argument in an interview with BBC News. He instead doubled down on his promise to deliver Brexit in October without a deal if necessary - a prospect that has sent sterling down sharply against other currencies.

"My pledge is to come out of the EU at Halloween on 31 October," Johnson said.

"And the way to get our friends and partners to understand how serious we are is finally, I'm afraid, to abandon the defeatism and negativity that has enfolded us in a great cloud for so long and to prepare confidently and seriously for... a no-deal outcome."

Johnson said he did not want a no-deal Brexit, but that it was necessary to put it on the table so that Britain could get the result it wanted.

He again raised doubts over the payment of a previously-agreed 39 billion pound ($49 billion) divorce deal with the EU, something likely to antagonise negotiators in Brussels.

"I think there should be creative ambiguity about when and how that gets paid over," Johnson said.

On resolving an impasse around the Irish border, Johnson said he thought changing or abandoning the backstop - a guarantee to ensure no return of extensive border checks between EU-member Ireland and British-run Northern Ireland - could be a way forward.

"Let me tell you, there are abundant, abundant technical fixes that can be introduced to make sure that you don't have to have checks at the border," Johnson said.

Trade experts have expressed scepticism that technology can solve the border problem, at least in the near term.