By Indranil Sarkar (Reuters) - Online video interviews increasingly being used by major recruiters seem to be the perfect answer to the disruption caused by coronavirus, but there is a catch: many senior-level positions still require a face-to-face meeting before the final handshake. 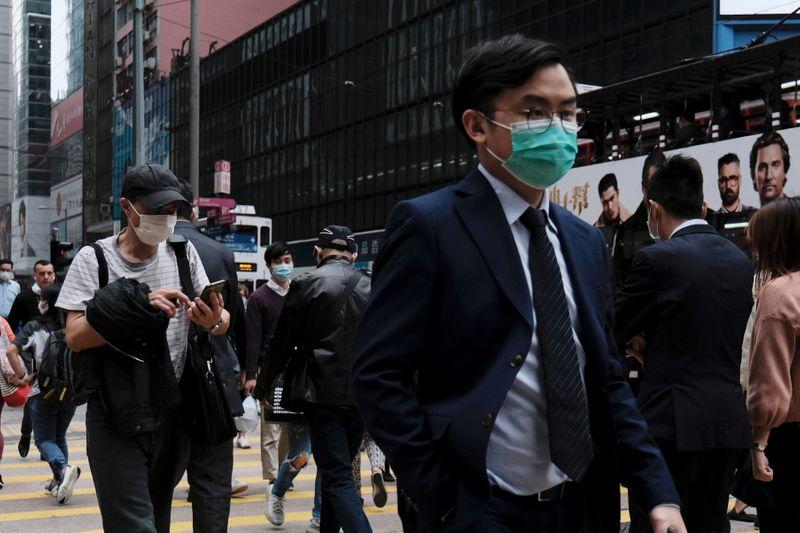 (Reuters) - Online video interviews increasingly being used by major recruiters seem to be the perfect answer to the disruption caused by coronavirus, but there is a catch: many senior-level positions still require a face-to-face meeting before the final handshake.

Recruiters PageGroup and Robert Walters as well as global tech giants Google, Amazon, Facebook and Microsoft owned LinkedIn have said they were moving job interviews and other interactions online in response to the outbreak. The epidemic may have even made part of the recruiters' job simpler.

"It was actually easier to get hold of many clients because they were at home, bored and on the end of a mobile phone than it was when they were in meetings, walking factories or flying somewhere," PageGroup Chief Executive Steve Ingham told reporters last week while presenting its annual results.

However, without that final face-to-face interview to seal the deal and fill the advertised position, recruiters may not be able to cash in fees that can reach $100,000 or higher for senior banking jobs, and roughly half of that for senior accountants.

That, together with concerns the fallout of the epidemic that has spread to over 100 countries will hurt the global economy and dent hiring, has cast doubt over recruiters' 2020 outlook.

PageGroup reported a 3% drop in gross profit in the first two months of this year and voiced caution about its revenue while rival Robert Walters Plc warned last week that the outbreak could hurt profit in 2020.

Asia-focused recruitment firm Edge Partnership said it had seen some delays in final hiring, but not much financial impact on its Hong Kong business yet.

Managing Director Guy Erricker said clients there were happy to delay hiring both because of the restrictions imposed in response to the epidemic and because of uncertainty over how their staffing needs may look like in two to three months.

"We probably have to wait through the next two or three weeks to see if the deals are actually going to be closed in time," Erricker told Reuters.

Recruiters globally have had a tumultuous past few months as Brexit, the Sino-U.S. trade war and pro-democracy protests in Hong Kong hit business confidence and crimped companies for hiring.

Businesses that promote remote work and video conferencing, however, stand to do better during the upheaval, Zoë Harte, head of human resources and talent innovation at Upwork, an U.S.-listed online marketplace for freelance work, told Reuters.

Web conferencing firm Zoom Video Communications Inc last week said it had seen a jump in usage and had started to remove the 40-minute limit on free meetings for users in China to help more people to work remotely.

"Companies that develop the culture and tools to enable remote work and recruiting will be better positioned to support their employees and candidates in the midst of the health concerns," Upwork's Harte said.