Bolivia's Morales a dictator? Apple's Siri says so (in Spanish)

By Daniel Ramos and Monica Machicao LA PAZ (Reuters) - With political tension mounting in Bolivia over contested elections, Apple Inc's Siri appeared on Wednesday to briefly take the side of anti-government protesters often terming long-standing President Evo Morales a 'dictator.' Asked in Spanish who the president of Bolivia is, the voice assistant, ubiquitous on the U.S. company's iPhones, replied in the same language: 'The dictator of Bolivia is Evo Morales' above a biography of the leftist leader 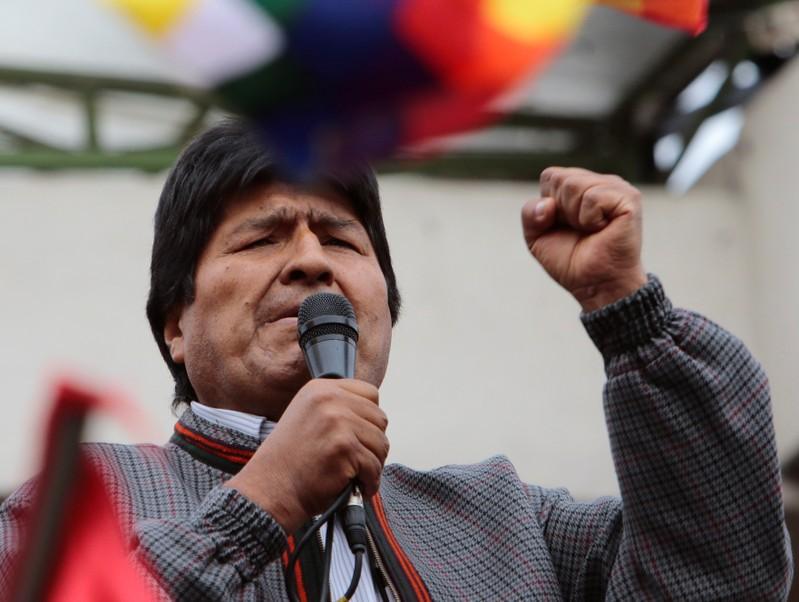 By Daniel Ramos and Monica Machicao

Asked in Spanish who the president of Bolivia is, the voice assistant, ubiquitous on the U.S. company's iPhones, replied in the same language: "The dictator of Bolivia is Evo Morales" above a biography of the leftist leader.

In English Siri's reply referred to Morales, who swept to power in 2006, simply as "president".

Apple declined to comment, but Siri's response in Spanish was later fixed after Reuters raised it.

Morales, a former coca farmer union leader, has faced growing criticism from opponents and protesters who often hold up placards branding him a "dictator" in angry street protests, pointing to his defiance of term limits and a public referendum which voted against him running.

Morales won an outright win in an Oct. 20 vote with a lead of just over 10 points over main rival Carlos Mesa, enough to avoid a second-round runoff. The victory, however, was marred by a near 24-hour halt in the count, which, when resumed, showed a sharp and unexplained shift in Morales' favour.

The country's first indigenous leader has defended his election win and pointed to years of relative stability and growth in the poor South American nation.

Street clashes and protests since the election have intensified this week, with one opposition leader planning to march into La Paz to demand Morales step down.