Bolivia's caretaker President Anez says will run in May election 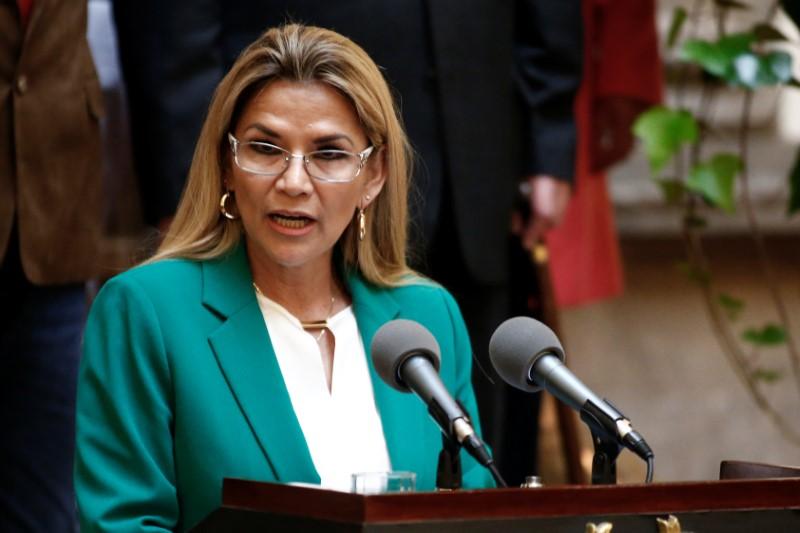 LA PAZ (Reuters) - Bolivia's interim President Jeanine Anez said on Friday that she will be a candidate in upcoming elections that will serve as a re-run to October's disputed vote that sparked protests and prompted former leader Evo Morales to resign.

The former Senator assumed the presidency in November by invoking a constitutional clause that dictated she would be next in line to rule after Morales, his vice president Alvaro Garcia Linera, and other lawmakers from his socialist party resigned.