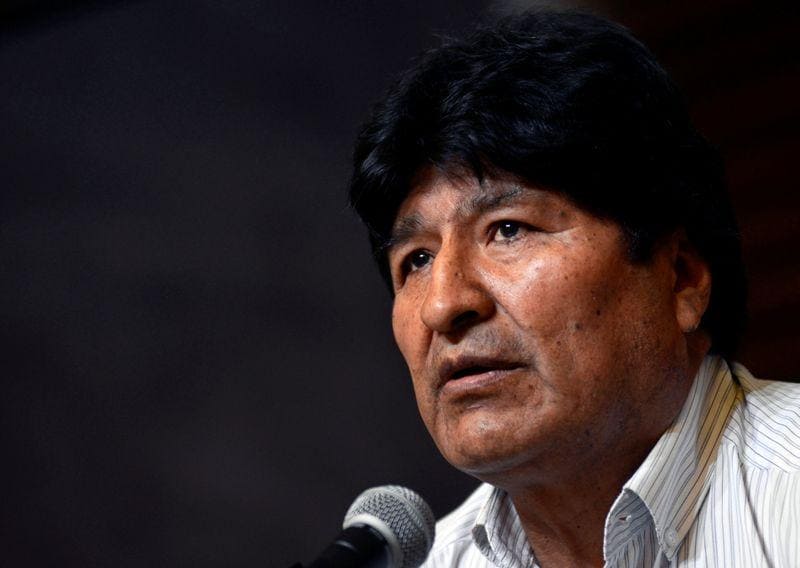 LA PAZ (Reuters) - Bolivia's electoral body said on Thursday that former president Evo Morales was ineligible to run for a senate position in a May election re-run of a voided vote late last year that sparked a political crisis and led to the leftist leader's resignation.

Salvador Romero, the head of the country's electoral tribunal, told reporters that Morales did not meet the requirements to be a Senate candidate for his Movement for Socialism (MAS) party, which is currently leading in the polls.

Morales stepped down in November after the disputed Oct. 20 election sparked widespread protests and led to allies and security forces pulling their support for the long-standing leader who led the country for almost 14 years.

The former president, now in exile in Argentina, is orchestrating his party's election campaign ahead of the May 3 vote, with his former economy minister Luis Arce at the top of the ticket. Morales had been eying a Senate role.

The landlocked South American nation, which is grappling with economic slowdown, was plunged into political crisis last year over allegations of electoral fraud after Morales won an election handing him a fourth term in defiance of term limits.

Morales' party is now facing a fragmented opposition, including current caretaker President Jeanine Anez, who took over in a political vacuum after his resignation last year.