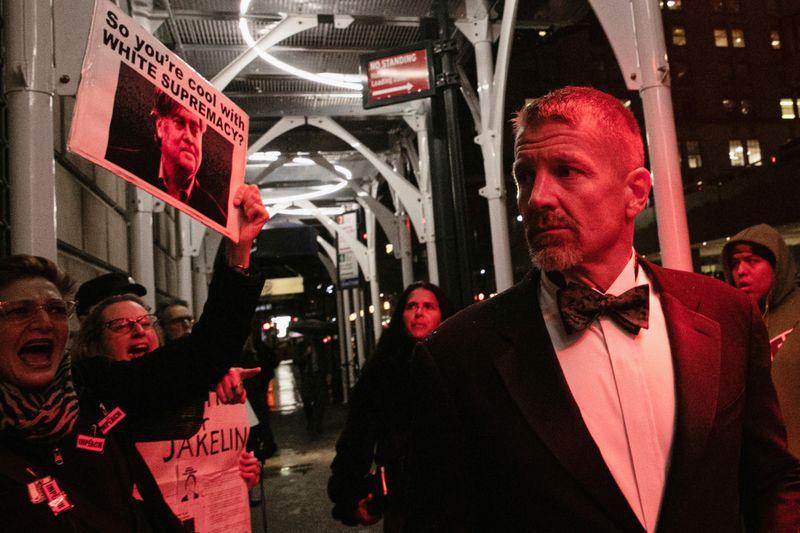 NEW YORK (Reuters) - Erik Prince, the private security executive and supporter of former U.S. President Donald Trump, "at the very least" helped evade an arms embargo on Libya, according to excerpts from a United Nations report seen by Reuters.

A spokesperson for Prince denied the accusations in the annual U.N. report, which was submitted on Thursday to the Security Council Libya sanctions committee and is due to be made public next month.

"Erik Prince had absolutely nothing to do with any operation in Libya in 2019, or at any other time," the spokesperson said in a statement to Reuters.

The U.N. monitors wrote in the report that they had "identified that Erik Prince made a proposal for the operation to Khalifa Haftar in Cairo, Egypt on, or about, 14 April 2019." Haftar was in Cairo at the time to meet Egyptian President Abdel Fattah al-Sisi.

"The Project Opus plan also included a component to kidnap or terminate individuals regarded as high value targets in Libya," the monitors wrote.

Libya initially descended into chaos after the NATO-backed overthrow of leader Muammar Gaddafi in 2011 when the U.N. Security Council imposed an arms embargo. The country has been divided since 2014 between the internationally recognized government in its west and Haftar's eastern-based forces.

The U.N. monitors reported that the air and maritime component of 'Project Opus' had to be aborted in June 2019 after Haftar was unimpressed with the aircraft procured for the operations and "made threats against the team management."

"Project Opus private military operatives were deployed to Libya for a second time in April and May 2020 in order to locate and destroy high value targets," said the U.N. monitors, but the operation again had to be aborted due to security concerns.

The rival Libyan administrations agreed a ceasefire in October, but have not pulled back their forces. Haftar is supported by the United Arab Emirates and Russia, while the government is backed by Turkey. Egypt had backed Haftar, but Sisi last week offered his country's support to Libya's interim government.

U.N. Secretary-General Antonio Guterres has demanded an end to foreign interference in Libya.

Prince - the brother of Trump's education secretary, Betsy DeVos - founded the private security firm Blackwater and was a pioneer in private military contracting after U.S.-led forces invaded Iraq in 2003.

Blackwater sparked international outrage in 2007 when its employees shot and killed more than a dozen Iraqi civilians in Baghdad. One of the employees was convicted of murder in December 2018 and three others were convicted of manslaughter. Trump pardoned the four men in December last year.