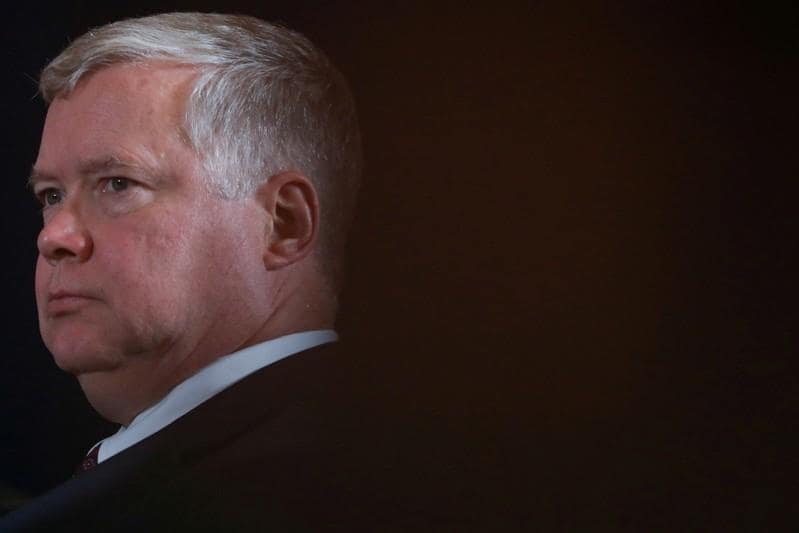 WASHINGTON (Reuters) - President Donald Trump's nominee to be the next number two at the State Department said on Wednesday he was confident agreements could be reached with South Korea and Japan over the costs of hosting U.S. troops, but nobody would get "a free ride."

"I'm confident we can do this through negotiations, but these are going to be tough negotiations," Stephen Biegun, the current special representative for North Korea, told a Senate Foreign Relations Committee nomination hearing.

Asked if he would continue to advocate for the presence of U.S. military personnel in South Korea if confirmed as Deputy Secretary of State, Biegun said he believed the United States should continue to station troops there."Countries like South Korea, with which the United States has long-standing shared interests and values, are alliance partners who are the foundation of American influence in various parts of the world," he said.

"South Korea is among our most important alliance partners. That doesn't mean anybody gets a free ride. We have a tough burden-sharing negotiation that we're in the middle of with the South Koreans."

Biegun also said he believed the United States should also maintain a troop presence in Japan.

"Not just Japan, but with all the countries with which we have alliances currently," he said. "But, it also requires those countries to take fully seriously their responsibilities in the alliance as well."

The United States broke off talks with South Korea on increasing Seoul's contribution to U.S. troop costs after the two sides failed to narrow their differences on Tuesday.

The breakdown in talks was a rare public sign of discord in the "airtight" alliance that has for 70 years been a buffer against North Korea, with each side blaming the other for being unprepared to compromise on sharing the costs of keeping 28,500 U.S. military personnel in South Korea.

U.S. President Donald Trump has insisted that Seoul pay more - and has also suggested pulling the troops out altogether.

South Korean lawmakers have said the United States is seeking up to $5 billion a year, more than five times the 1.04 trillion won ($890.54 million) South Korea agreed to pay this year.

Neither side has publicly confirmed the numbers, but Trump has said the U.S. military presence in and around South Korea was "$5 billion worth of protection."