Biden will wait for recommendation on sharing secrets with Trump

WASHINGTON (Reuters) - U.S. President-elect Joe Biden will wait for a recommendation from his intelligence advisers on whether to share classified information with President Donald Trump after the Republican leaves office, Biden's top aide said on Sunday. 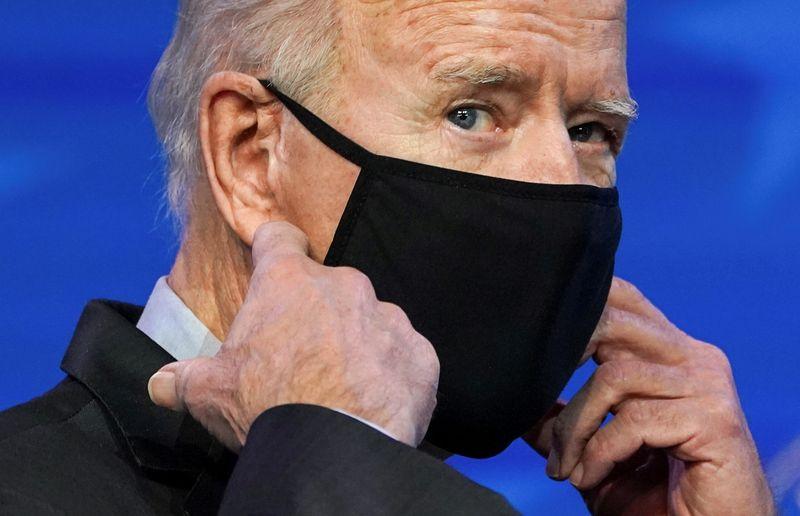 WASHINGTON (Reuters) - U.S. President-elect Joe Biden will wait for a recommendation from his intelligence advisers on whether to share classified information with President Donald Trump after the Republican leaves office, Biden's top aide said on Sunday.

Ron Klain, the incoming White House chief of staff, made the comment after former principal deputy director of national intelligence, Sue Gordon, wrote an op-ed arguing against sharing such information with Trump once he has left the presidency.

"With this simple act — which is solely the new president’s prerogative — Joe Biden can mitigate one aspect of the potential national security risk posed by Donald Trump, private citizen," Gordon said in a Washington Post piece headlined "A former president Trump won't 'need to know.' Cut off his intelligence."

Asked about Gordon's recommendation, Klain told CNN's "State of the Union" program that Biden would want to hear from his own intelligence professionals before making any decision.

"We'll certainly look for a recommendation from the intelligence professionals in the Biden administration ... and we will act on that recommendation," he said.

Gordon, who resigned in 2019, said any former president was a foreign intelligence target but Trump "might be unusually vulnerable to bad actors with ill intent," citing, among other things, his business interests abroad.

"It is not clear that he understands the tradecraft to which he has been exposed, the reasons the knowledge he has acquired must be protected from disclosure, or the intentions and capabilities of adversaries," she added.

Democratic House Intelligence Committee Chairman Adam Schiff was more blunt, telling CBS' "Face The Nation" program, "I don't think he can be trusted with it."