Biden will press for COVID relief plan with AFL-CIO, other labor leaders

WASHINGTON (Reuters) - President Joe Biden will meet with top labor leaders at the White House on Wednesday to discuss his $1.9 trillion coronavirus relief plan and the need to modernize U.S. infrastructure, the White House said. 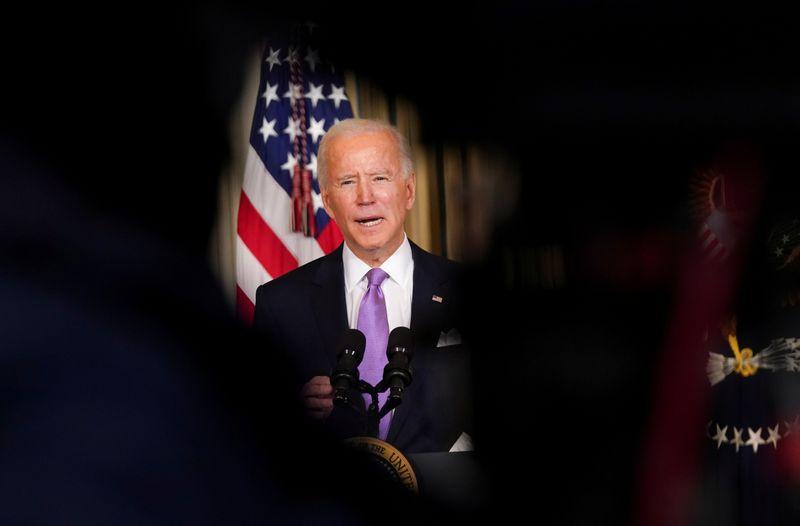 WASHINGTON (Reuters) - President Joe Biden will meet with top labor leaders at the White House on Wednesday to discuss his $1.9 trillion coronavirus relief plan and the need to modernize U.S. infrastructure, the White House said.

Richard Trumka, president of the AFL-CIO federation of labor unions, and the group's secretary-treasurer, Liz Shuler, will attend the meeting in the Oval Office, an AFL-CIO spokeswoman said. Union leaders from building trades are also expected to attend.

Biden, a lifelong supporter of trade unions, may face demands from labor leaders that he reiterate a campaign promise to boost the federal minimum wage to $15 an hour from $7.25.

The Democratic president said during a CNN town hall Tuesday night he was cognizant of the concerns of small business and mentioned minimum wage rates of $12 to $13 an hour, while highlighting evidence that increasing the rate to $15 an hour would help bolster economic growth.

The White House later said that Biden was merely explaining how the rate would progress to an end point of $15 an hour. Democrat-backed legislation in Congress proposes increasing the federal minimum wage to $9.50 immediately and then in increments until it hits $15 in 2025.

Biden is trying to navigate a difficult situation. His Democratic Party is moving to push through the rescue plan without significant Republican support, but some Democrats, including Senator Joe Manchin of West Virginia, oppose including the minimum wage increase as part of the package.

After the relief plan passes Congress, the president is gearing up to ask Congress to invest heavily in infrastructure amid studies showing close to half of U.S. roads are in poor or mediocre condition and more than a third of U.S. bridges need repair, replacement or significant rehabilitation.

As a candidate, Biden called for spending $2 trillion over four years investing in clean-energy infrastructure. He also wants to boost electric vehicles and high-speed rail.