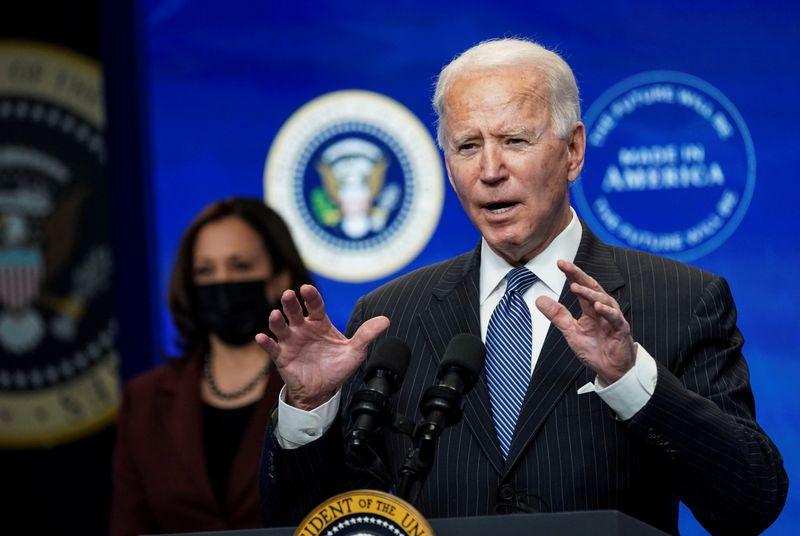 WASHINGTON (Reuters) - U.S. President Joe Biden will deliver remarks on the U.S. response to the military coup in Myanmar at 1 p.m. (1800 GMT) on Wednesday, the White House said.

Biden is expected to announce sanctions on those responsible for the takeover, according to a person familiar with the matter.

The United States has determined the military's actions a coup, triggering restrictions on aid to the country, and Biden has threatened to impose fresh sanctions.