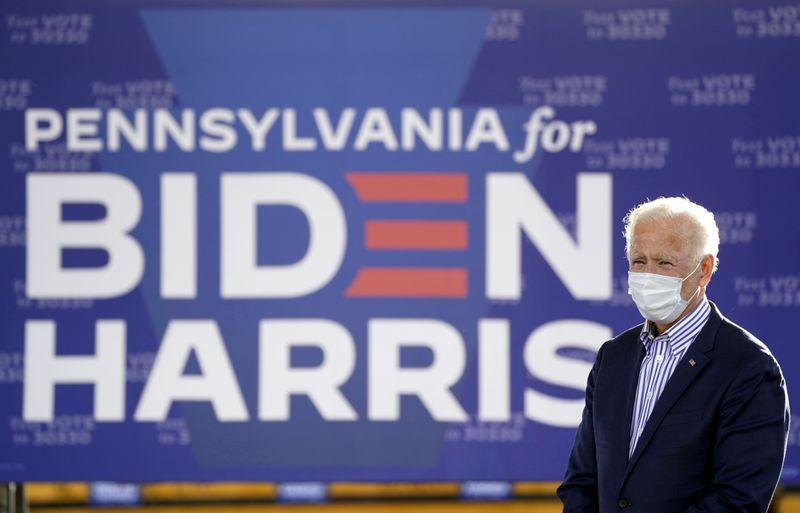 Under the Trump administration, Operation Warp Speed has struck deals with several drugmakers in an effort to help speed up the search for effective treatments for the disease amid the global coronavirus pandemic.

The U.S. COVID-19 death toll stands at over 237,000, with more than 9.9 million cases now reported in the country since the outbreak began, according to a Reuters tally.

"As we previously said in September, because President-Elect Joe Biden is absolutely committed to helping develop a safe and effective coronavirus vaccine as soon as possible, campaign medical advisers have received briefings from companies working to produce vaccines in order to be informed about the process," Biden's spokesman Andrew Bates said in an emailed statement.

Biden's advisers met with companies that have COVID-19 vaccines or therapies in late-stage clinical trials in September and October, Bloomberg News had reported earlier.

The report added that the meeting was aimed at gathering information about the development, manufacturing and distribution of shots to ward off the novel coronavirus and therapies to treat the sick.

Biden has vowed to "listen to the science", with his coronavirus plan calling for scaling up testing and contact tracing and promising to appoint a "supply commander" to oversee supply lines of critical equipment.

Late in October, Health and Human Services Secretary Alex Azar said the United States is likely to have enough safe and effective COVID-19 vaccines available to inoculate the most vulnerable Americans by the end of 2020.

In their talks, Biden's advisers indicated to drug company officials that his administration would not be interested in making changes to Warp Speed that would disrupt work in getting new drugs and vaccines to market, Bloomberg reported, adding his administration will want to assist the companies' efforts when Biden assumes office.

The coronavirus outbreak has been worsening in recent weeks as cold weather pushes Americans indoors, raising the chance of contracting the virus.

(Reporting by Trevor Hunnicutt in Wilmington, Delaware and Kanishka Singh in Bengaluru; Editing by Kenneth Maxwell)