By Trevor Hunnicutt (Reuters) - Democratic presidential candidate Joe Biden on Tuesday promised to revive U.S. manufacturing so that the country is not dependent on China, taking aim at his rival's promises to revive factories. 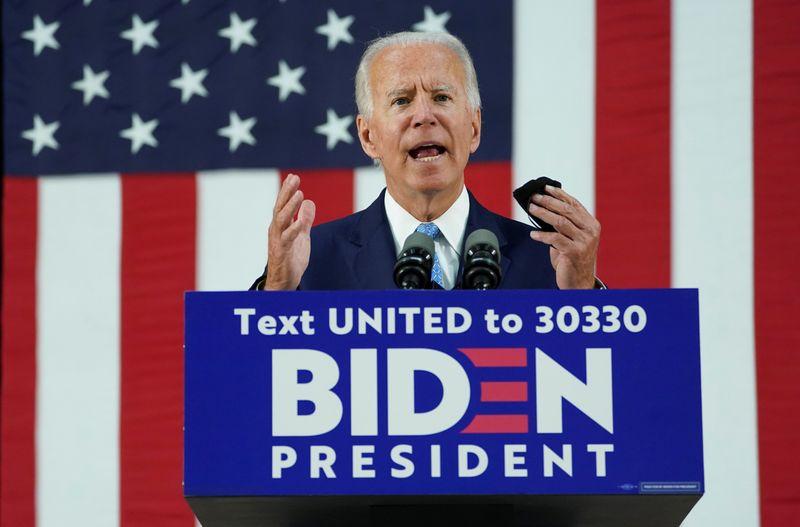 (Reuters) - Democratic presidential candidate Joe Biden on Tuesday promised to revive U.S. manufacturing so that the country is not dependent on China, taking aim at his rival's promises to revive factories.

Biden's team said a policy plan to create manufacturing jobs is coming "soon" but offered early hints in a document outlining how they would prevent shortages of equipment to combat the coronavirus pandemic.

"Just like the United States itself, no U.S. ally should be dependent on critical supplies from countries like China and Russia," Biden's campaign said in a new five-page policy outline, including not just coronavirus supplies but also energy-grid technologies, semiconductors and raw materials.

Biden faces President Donald Trump in the Nov. 3 presidential election. The president made manufacturing and tough-on-China trade policies a hallmark of his time in office, making his inaugural address about the need to put "America First" and end an "American carnage," including companies shipping blue-collar jobs overseas.

The issue is critical for voters in so-called "Rust Belt" states from Pennsylvania to Michigan, who face an ongoing pandemic but have also lost manufacturing jobs over many decades as lower-wage countries including China started competing in that sector. Trump carried both swing states narrowly in 2016, helping him win.

As part of his plan, Biden pledged to sign an executive order requiring his administration to identify which products the country could run short on and fix the problem. That could include forcing companies to make certain products or using federal spending to encourage domestic production rather than buying imported goods.