By Susan Cornwell and Jason Lange WASHINGTON (Reuters) - President-elect Joe Biden expressed hope on Wednesday that Republicans in the U.S. Congress would be more inclined to move forward on COVID-19 relief legislation after President Donald Trump leaves office in January 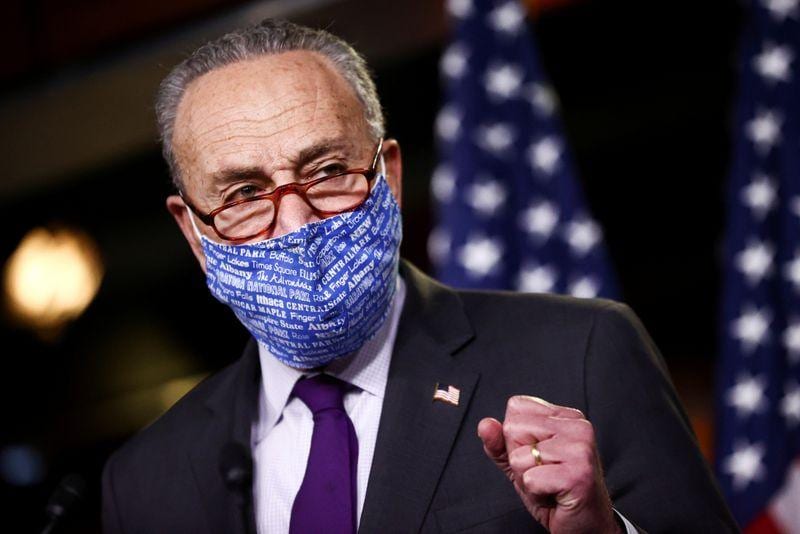 By Susan Cornwell and Jason Lange

As U.S. coronavirus cases skyrocketed and deaths approached the quarter-million mark, Republicans and Democrats came under pressure to split their differences and cut a deal on behalf of American families and U.S. businesses reeling from the pandemic.

But the two sides showed few signs of budging, even after Senate Democratic leader Chuck Schumer and House of Representatives Speaker Nancy Pelosi invited Senate Republicans, who control the upper chamber, to the bargaining table.

Since the Nov. 3 election, Trump and his Republican campaign have focused heavily on voter recounts in key swing states and lawsuits aimed at overturning Democratic opponent Biden's victories in the Electoral College and popular vote. Biden is expected to take the oath of office, succeeding Trump, on Jan. 20, 2021.

"Hopefully, when he's gone, they will be more willing to do what they know should be done - has to be done - in order to save the communities they live in," Biden said of Republicans at an event with unionized emergency responders, nurses and other frontline workers.

Trump has not conceded to Biden and continues to insist falsely on Twitter that he won the election.

Meanwhile, lawmakers on both sides of the aisle came in for criticism from a titan of Wall Street, who urged Republicans and Democrats to split their differences and cut a deal.

"This is childish behavior on the part of our politicians," JPMorgan Chase & Co

Democrats have proposed a $2.2 trillion spending package, while Senate Republicans have sought repeatedly to move a much narrower $500 billion bill, only to be blocked by Democrats, who say the legislation is inadequate.

"Our colleagues face a simple choice. They put the election behind them and work across the aisle to get something done, or they can remain in their partisan corner," Schumer said on the Senate floor.

The Democrat did not object to the notion that lawmakers may have to resort to making coronavirus relief part of a government funding bill that must pass Congress next month to keep government agencies operating.

Before the Nov. 3 election, Pelosi and Treasury Secretary Steven Mnuchin tried but failed to agree on a relief package of around $2 trillion.

McConnell, who favors a $500 billion package, said Congress should aim for agreement on items where there is little disagreement. But he blamed Democrats for the lack of progress.

However, Senator Lindsey Graham, a prominent Republican and Trump ally, said he would favor a bigger package that includes assistance for small businesses hit hard by the pandemic.

"I think we need more than $500 billion," he told reporters. "In South Carolina, our economy is hanging pretty tenuous because the virus has taken a toll."

Congress had already passed $3 trillion in coronavirus assistance early in the pandemic.