By Lawrence Hurley and Joseph Ax WASHINGTON/WILMINGTON, Del. (Reuters) - Democratic presidential candidate Joe Biden and fellow Democrats on Sunday made it clear that their opposition to President Donald Trump's Supreme Court nominee, Amy Coney Barrett, will focus on the possibility she could cast a decisive vote to strike down the Obamacare health law. With Republicans controlling the Senate, Democrats have little leverage to prevent a quick vote on Barrett before the Nov 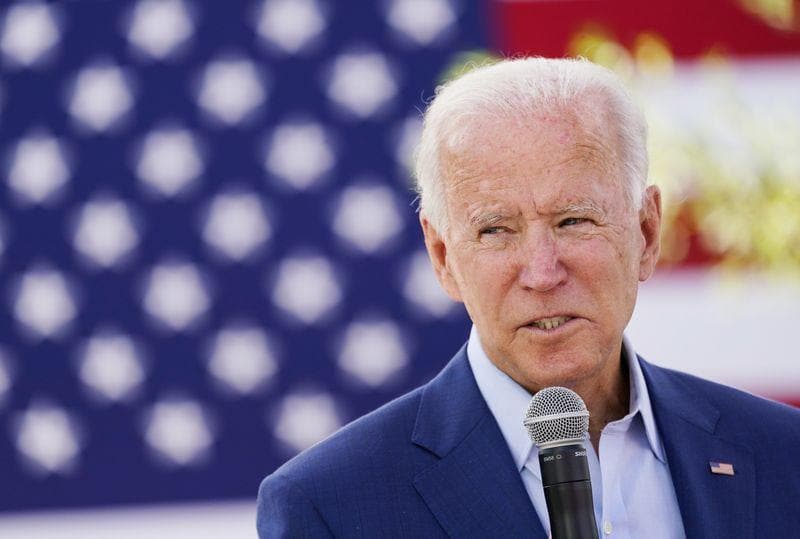 By Lawrence Hurley and Joseph Ax

WASHINGTON/WILMINGTON, Del. (Reuters) - Democratic presidential candidate Joe Biden and fellow Democrats on Sunday made it clear that their opposition to President Donald Trump's Supreme Court nominee, Amy Coney Barrett, will focus on the possibility she could cast a decisive vote to strike down the Obamacare health law.

With Republicans controlling the Senate, Democrats have little leverage to prevent a quick vote on Barrett before the Nov. 3 election and almost no hope of preventing her confirmation.

Instead, their attacks appeared aimed at energizing their political base with an issue that is already a talking point for Biden, who gave a speech on the subject in Wilmington, Delaware on Sunday.

Barrett could be on the court's bench for oral arguments on Nov. 10 in a case in which Trump and his Republican allies are seeking to invalidate the Affordable Care Act (ACA) - the 2010 law popularly known Obamacare. That could cost millions of Americans their healthcare coverage as well as protections for pre-existing health conditions.

"It’s no mystery what is happening here. President Trump is trying to throw out the Affordable Care Act. He has been trying to do this for four years," Biden said.

In a White House Rose Garden ceremony on Saturday, Trump announced Barrett, 48, as his selection to replace liberal Justice Ruth Bader Ginsburg, who died on Sept. 18 at age 87. Barrett said she would be a justice in the mold of her mentor, the late staunch conservative Antonin Scalia, who twice voted in favor of previous unsuccessful Obamacare challenges.

Her confirmation would result in a 6-3 conservative majority on the court.

Biden tied the fate of the law to the ongoing coronavirus crisis, in which more than 200,000 Americans have died.

Biden repeated his call that the winner of the presidential election should get to appoint the new justice.

Trump said on Twitter on Sunday that if the Supreme Court strikes down the health law, "Obamacare will be replaced with a MUCH better, and FAR cheaper, alternative."

Trump failed in attempts to repeal Obamacare when Republicans controlled the Senate and House of Representatives, and Republicans have yet to say what they would replace the law with.

Democratic senators on Sunday echoed Biden's message, saying it would be a focus of questions Barrett will face during a mutli-day confirmation hearing before the Senate Judiciary Committee due to start on Oct. 12.

"I want to ask her point blank ... whether or not her position is that we should end the Affordable Care Act providing health insurance for 20 million Americans and protections for Americans from one coast to the other from pre-existing conditions being used against them to buy health insurance," Democratic Senator Dick Durbin said on ABC's "This Week."

Republican senators have made it clear they plan to have a final vote on Barrett before the election, with Senator Mike Lee saying on ABC that he did not expect a backlash at the polls because Trump had campaigned in 2016 on appointing conservative justices.

"This is exactly what he promised to do and he is fulfilling that promise," Lee said.

Lee said he believes Obamacare is unconstitutional but that it would be up to Barrett to vote as she saw fit.

Republican Senator Lindsey Graham, who chairs the Judiciary Committee, said on Fox News Channel that the Democratic base is "going nuts" about the court vacancy and that activists are putting pressure on senators to "destroy" Barrett.

Trump has urged Republicans, who hold a 53-47 Senate majority, to confirm Barrett, a federal appeals court judge and a favorite of religious conservatives, before the election. He has said he expects the justices to have to resolve the election, which has prompted Democrats to say Barrett should recuse herself from such cases.

The only time in U.S. history that the Supreme Court has had to resolve a presidential election was in 2000.

Barrett is expected to begin meetings with individual senators on Tuesday.

Like Trump's two other appointees, Neil Gorsuch in 2017 and Brett Kavanaugh in 2018, Barrett is young enough that she could serve for decades in the lifetime job, leaving a lasting conservative imprint.

Barrett, a devout Roman Catholic who earned her law degree and taught at the University of Notre Dame in Indiana, was appointed by Trump to the Chicago-based 7th U.S. Circuit Court of Appeals in 2017.

An emboldened Supreme Court conservative majority could shift the United States to the right on hot-button issues by, among other things, curbing abortion rights, striking down gun control laws, halting the expansion of LGBT rights, and endorsing new restrictions on voting rights.