By Joseph Ax and Trevor Hunnicutt (Reuters) - Democratic presidential candidate Joe Biden is facing pressure from contending groups inside his party as he prepares to interview a shortlist of women for the most important hire of his political career: his running mate. Biden, who committed to choosing a woman for the job he held for eight years under President Barack Obama, said this week he expected the background vetting process to conclude around July 24. He would then interview each finalist before making a decision, expected by early August. 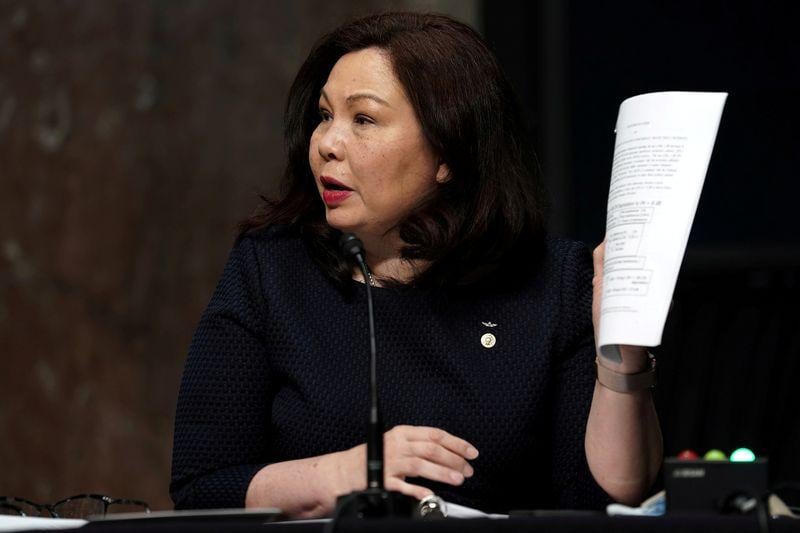 By Joseph Ax and Trevor Hunnicutt

(Reuters) - Democratic presidential candidate Joe Biden is facing pressure from contending groups inside his party as he prepares to interview a shortlist of women for the most important hire of his political career: his running mate.

Biden, who committed to choosing a woman for the job he held for eight years under President Barack Obama, said this week he expected the background vetting process to conclude around July 24. He would then interview each finalist before making a decision, expected by early August.

The selection of the vice presidential candidate has taken on outsize importance this year, reflecting the desperation to defeat Republican President Donald Trump among Democrats, who have agonized over which candidate would give Biden the biggest boost in the Nov. 3 election.

Biden leads in national and battleground-state opinion polls as voters fault Trump for his handling of the coronavirus pandemic, the subsequent economic recession and race relations. [nL2N2EN1VF]

Adding to the weight of Biden's choice, he would be 78 at his January inauguration, making him the oldest U.S. president and setting up his vice president as an early front-runner for the 2024 race should he serve only one term.

"There's a lot of attention on this for a number of reasons, not least of which that Vice President Biden is 77 years old," former Senate Majority Leader Harry Reid said.

Reid, who has had several conversations about the topic with Biden, said the list narrowed in recent weeks but remained fairly large.

Harris cemented herself early as a favorite after dropping her presidential bid, particularly among top fundraisers, who have Biden's ear and tend to be more centrist. Online betting site PredictIt puts her odds of being picked at 41%, far higher than any of the other candidates on the list.

The Biden campaign declined to comment on the search.

In making his choice, Biden has to balance many factors, including ideology, race and ethnicity, as well as candidates' ability to raise money, create enthusiasm and fulfill the traditional vice presidential "attack dog" role by going after Trump.

Alex Heckler, a member of Biden's national finance committee who backs Harris as running mate, said the ideal candidate given Trump's "bogus" allegations about Biden's lack of mental stamina would be someone who could attack Trump's shortcomings and be qualified to serve as president if needed.

Perhaps the biggest question facing Biden is whether to select a Black woman following national protests over racial injustice following the police killing of George Floyd, an African American, in Minneapolis. Warren is the only white candidate on the shortlist, which includes five Black women as well as Grisham, who is Latina, and Duckworth, who is an Asian American.

"As I am witnessing what is happening in this country right now, I am more convinced than ever that Joe Biden needs a Black woman as his vice presidential candidate," said LaTosha Brown, a co-founder of the advocacy group Black Voters Matter.

Leah Daughtry, a Democratic official who ran the 2008 convention that nominated Obama, the country's first Black president, has also lobbied Biden and top campaign officials like Anita Dunn to pick a Black woman.

"Nominating a Black woman will get you the enthusiasm that Joe Biden is going to need to run a successful race in this pandemic environment," she said.

Left-wing activists mounted a campaign to support Warren, who they argue would help unite the party's liberal faction behind the more moderate Biden and whose commitment to "big structural change" could address the country's deepening health and economic crises.

Some progressive Black advocates pointed to Warren's attention to racial inequity in crafting her policy platform as a presidential contender, while noting that Harris' background as a prosecutor in California and Demings' as a police chief in Florida might make them less appealing to criminal justice activists.

"Representation is important; it's just not sufficient," said Maurice Mitchell, executive director of the liberal Working Families Party. Mitchell said he planned to make the case for Warren directly to Biden or his senior aides during an expected sit-down soon.

Among the other potential picks, Grisham could boost Latino turnout in key Sun Belt states like Arizona and Florida, which the campaign regards as an area Biden needs to shore up.

Duckworth, a military veteran who lost her legs in combat, would give the ticket a compelling personal narrative and help bolster the campaign's national security credentials.

Some advisers harbor doubts about whether Harris' ambition for higher office might upstage Biden's message. But Keith Williams, chairman of the Democratic Black Caucus in Michigan, a battleground state Trump narrowly won in 2016, said he told the Biden campaign that Harris was hands down the best option.

"She's been on the world stage. She has acquitted herself in the debates," he said. "She is the most likely choice that they should go with."