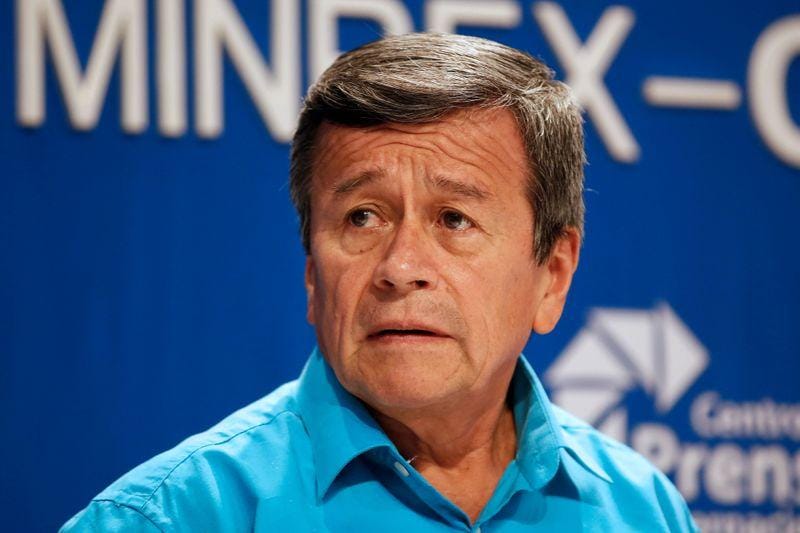 Right-wing President Ivan Duque suspended fledgling negotiations in Havana to end a five-decade conflict in January 2019 after the ELN carried out a car bomb attack at a police academy in Bogota.

Since then, his government has demanded the group declare a unilateral cease-fire, including a suspension of kidnappings and attacks against the oil and gas industry, and that its fighters group together under international observation as a precondition to holding peace talks.

The ELN has rejected the demand.

Beltran, head of the ELN peace talks delegation in Havana, said he nonetheless hoped Biden's backing would provide the necessary impetus to find alternatives to get the ball rolling again.

"I see the possibility of picking up conversations again before the end of 2021," Beltran said.

The United States has been Colombia's most important ally for decades and backed former President Juan Manuel Santos' 2016 peace deal with the larger rebel group, the Revolutionary Armed Forces of Colombia (FARC).

The ELN, founded in 1964 by radical Roman Catholic priests, has about 2,000 fighters. It is considered more radical and less centrally controlled than the FARC, which is now a legal political party.

Beltran said he felt like the tide was turning against those who most vocally opposed peace deals with Colombia's rebels, like former Colombian President Alvaro Uribe, a mentor to Duque who also found favor with outgoing U.S. President Donald Trump.

"His fierce position against peace is in decline, and his strong support was Trump but Trump is gone," Beltran said.

Uribe and several allies are being investigated over allegations of witness tampering carried out in an attempt to discredit accusations he had ties to Colombia's right-wing paramilitary groups.