By Joseph Ax NEW YORK (Reuters) - A longtime associate of former Vice President Joe Biden has launched a super PAC to support Biden's presidential candidacy after the campaign dropped its opposition to outside support to counter sustained attacks from U.S. President Donald Trump. Larry Rasky, who served as a top aide to Biden in two of his previous presidential bids, on Monday filed paperwork with the Federal Election Commission showing him as the treasurer for 'Unite the Country,' a super PAC backing Biden. 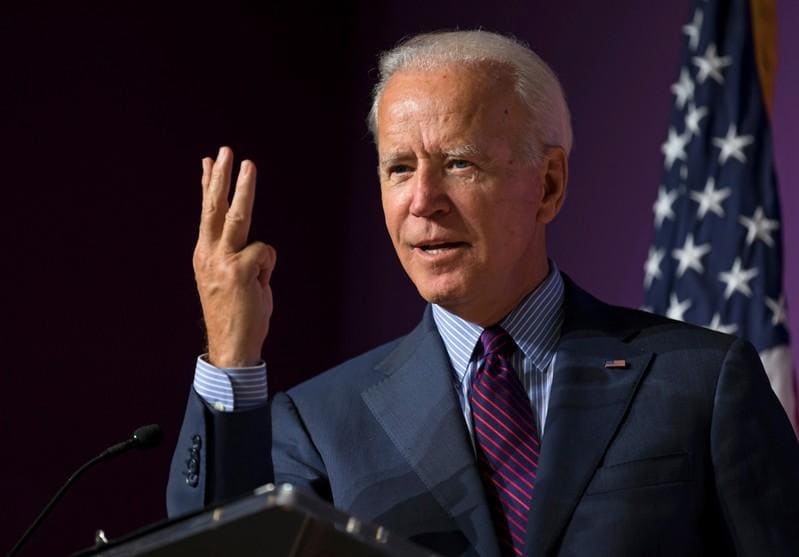 NEW YORK (Reuters) - A longtime associate of former Vice President Joe Biden has launched a super PAC to support Biden's presidential candidacy after the campaign dropped its opposition to outside support to counter sustained attacks from U.S. President Donald Trump.

Larry Rasky, who served as a top aide to Biden in two of his previous presidential bids, on Monday filed paperwork with the Federal Election Commission showing him as the treasurer for "Unite the Country," a super PAC backing Biden. Rasky did not respond to a request for comment.

Biden has been leading a large field of candidates for the 2020 Democratic nomination but has struggled to match the fundraising prowess of rivals like U.S. senators Elizabeth Warren and Bernie Sanders, who have far outdistanced him in gathering small donations online.

Biden previously joined Sanders, Warren and other candidates in disavowing super PACs during the primary season. Both senators, who are running to Biden's left, have railed against the influence of money in politics.

Under federal law, super PACs can raise and spend unlimited amounts of money, unlike candidates, but cannot coordinate their efforts with a candidate's campaign.

Biden has faced months of attacks from Trump and his allies, including allegations that he used his office as vice president to aid his son Hunter's business interests in Ukraine.

Trump, who has not offered any evidence to back his claims, now faces an impeachment inquiry in the U.S. House of Representatives into whether he pressured Ukraine's president to investigate the Bidens to help his reelection prospects.

Some Biden allies floated the idea of a super PAC in interviews with Reuters earlier this month, arguing that he could ill afford to forgo any weapons in the battle against a well-funded Trump re-election campaign.

Campaign spokeswoman Kate Bedingfield last Thursday appeared to open the door to a super PAC, provoking criticism from groups opposed to big money in politics, as well as Warren and Sanders.

"In this time of crisis in our politics, it is not surprising that those who are dedicated to defeating Donald Trump are organising in every way permitted by current law to bring an end to his disastrous presidency," she said, referring to campaign finance laws.

Asked for comment on Tuesday, a Biden campaign spokesman referred to Bedingfield's statement. Appearing on MSNBC, Biden said on Tuesday creating a super PAC was an "understandable response from Democrats" committed to defeating Trump.

Biden raised $15.2 million in the same period and had just under $9 million on hand after spending more than he brought in. By comparison, Sanders had $33.7 million in the bank, while Warren had $25.7 million.