By Doina Chiacu and Anurag Maan (Reuters) - With cities and states across the United States reimposing restrictions this week to tame alarming surges in coronavirus infections and hospitalizations, a senior adviser to President-elect Joe Biden said on Friday there were no plans for nationwide lockdowns next year. 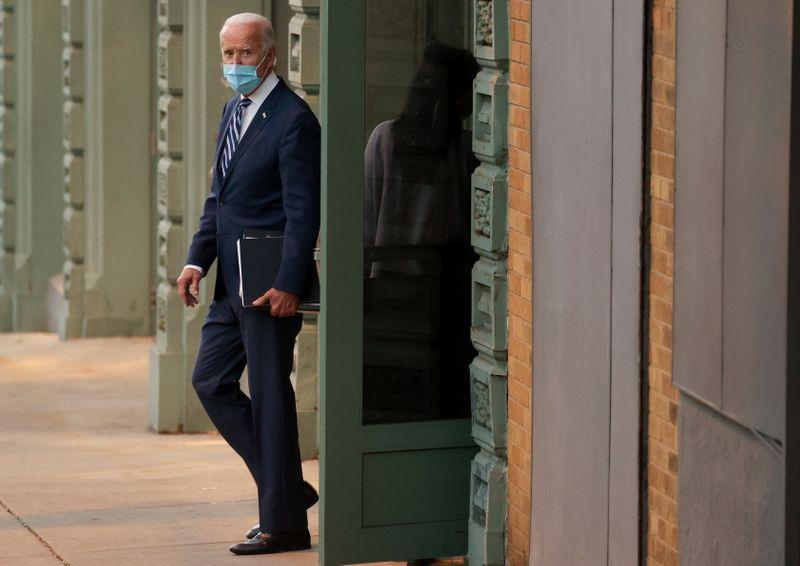 By Doina Chiacu and Anurag Maan

(Reuters) - With cities and states across the United States reimposing restrictions this week to tame alarming surges in coronavirus infections and hospitalizations, a senior adviser to President-elect Joe Biden said on Friday there were no plans for nationwide lockdowns next year.

Chicago this week urged residents to stay at home and shun visitors for the next 30 days, which includes the Thanksgiving holiday in late November. New Yorkers will find restaurants closing even earlier at 10 p.m. beginning on Friday. Detroit's public school district suspended in-person learning starting on Friday, telling students to expect to attend online classes at home until at least Jan. 11.

Some version of this patchwork of localized measures is likely to stay in place after Biden's inauguration on Jan. 20, after the Democratic former vice president beat Republican President Donald Trump in this month's election.

"We're not in a place where we're saying shut the whole country down." Dr. Vivek Murthy, a former U.S. surgeon general now leading Biden's coronavirus advisory board, said in an interview with ABC's "Good Morning America."

"Right now the way we should be thinking about this is more like a series of restrictions that we dial up or down depending on how a bad spread is taking place in a specific region," he said.

Surges in COVID-19 infections are alarming officials across the United States, home to the deadliest outbreak of the global pandemic, with more than 100,000 new cases detected each day. The country has reported a seven-day rolling average of more than 1,000 deaths in the past six consecutive days, a trend last seen in August.

COVID-19 cases more than doubled in 13 states in the past two weeks, most of them in the Midwest, led by Iowa, Minnesota, Michigan and Illinois, according to a Reuters tally of figures reported by U.S. public health agencies.

Chicago Mayor Lori Lightfoot told reporters on Thursday that the average number of new cases in the city has jumped from 500 to 1,900 per day over the last month, and the rate of coronavirus tests coming back positive tripled to 15% from 5%.

In New York City, the seven-day rolling average of positive tests continued to creep up to the 3% threshold that Mayor Bill de Blasio has said will trigger the reclosing of schools and the return of wholly virtual learning. That rate stood at 2.83% as of Friday morning, de Blasio said during his weekly appearance on WNYC's "The Brian Lehrer Show."

"People should get ready," he said. "Have an alternative plan for beginning as early as Monday."

(Reporting by Doina Chiacu in Washington, Anurag Maan in Bangalore and Jonathan Allen in New York; Editing by Bill Berkrot)