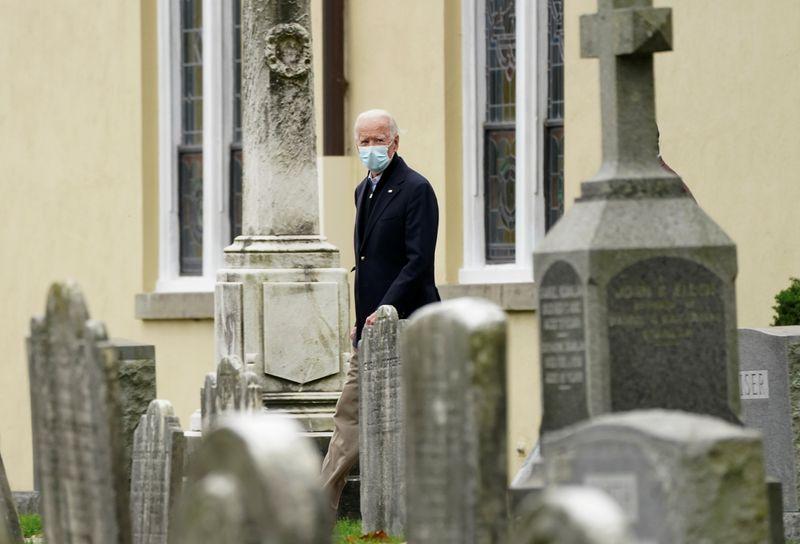 Other top Biden advisers also stressed the need to control the spiraling outbreak now, even before Biden takes office on Jan. 20, saying the next few weeks were critical and warning that local healthcare systems were at a tipping point.

"We are in a very dangerous period," Dr. Michael Osterholm, a member of Biden's COVID-19 Advisory Board and director of the Center for Infectious Disease Research and Policy at the University of Minnesota, told NBC News' "Meet the Press" program.

Unless action is taken now, "we're going to see these numbers grow substantially," Osterholm warned. "Our future's in our hands... at least for the next three weeks."

New cases nationwide have hit daily records in recent days, more than doubling single-day infection numbers reported during the previous U.S. peak in mid-July. Total U.S. COVID-19 cases since the pandemic began are approaching 11 million, with 245,581 related deaths, the most in the world. The number of COVID-19 patients in U.S. hospitals has also risen to an all-time high in recent days.

Klain, Biden's incoming White House chief of staff, said Democrats and Republicans must urgently fund additional relief given the surge that has forced new restrictions in many states aimed at curbing the virus' spread.

"This could be a first example of bipartisan action post-election," Klain told NBC in a separate interview.

He said Biden has spoken to congressional Democratic leaders Nancy Pelosi and Chuck Schumer about more coronavirus aid, but not Senate Republican leader Mitch McConnell, who has so far refused to publicly acknowledge Biden as president-elect.

Klain added that Biden's team planned to meet with Pfizer Inc, which last week released positive initial data on its experimental COVID-19 vaccine, and other drugmakers this week, but is still awaiting federal government authorization to formally begin transition efforts between his pandemic advisers and the White House Coronavirus Task Force.

The incoming team has been hampered by the federal government's refusal to sign-off on transition efforts, which affect coronavirus coordination, national security and other urgent issues, he said.