Berlin police prepare for violence at protests against coronavirus curbs

BERLIN (Reuters) - Police prepared for possible violence at protests in Berlin this weekend as activists opposed to coronavirus restrictions called on social media followers across Europe to arm themselves and join them in the German capital. 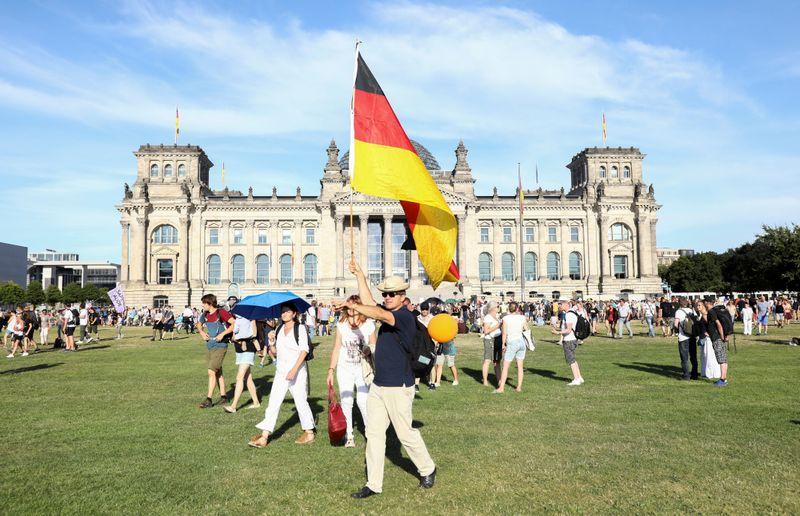 BERLIN (Reuters) - Police prepared for possible violence at protests in Berlin this weekend as activists opposed to coronavirus restrictions called on social media followers across Europe to arm themselves and join them in the German capital.

More than 3,000 officers will be on the streets and water cannon will be used if necessary, police said.

"This openly expressed willingness to use violence against authorities is a new dimension for us," Berlin police Vice President Marco Langner told a news conference.

Activists were angered by Berlin's decision to ban demonstrations planned for Saturday opposing government measures after marchers at a recent rally failed to wear masks or keep their distance.

The city was flooded overnight by thousands of applications to hold additional protest rallies this weekend.

The activists also took their fight to court and won a ruling on Friday that the ban on the protests was unconstitutional. The city has said it will appeal the decision.

Activists are expected to travel to the rallies in Berlin from places that were recently added to Germany's list of high-risk regions for coronavirus infections in Spain, France and Belgium, heightening the risk of outbreaks, police said.

"These are people who are opposed to corona (measures), so we assume they have in recent months exercised absolutely no caution," Police President Barbara Slowik said.