By Marine Strauss and Philip Blenkinsop BRUSSELS (Reuters) - Belgium has allowed hairdressers to reopen mid-month in a slight easing of COVID-19 restrictions as serious infections slow in a country with one of the world's highest per capita death rates. 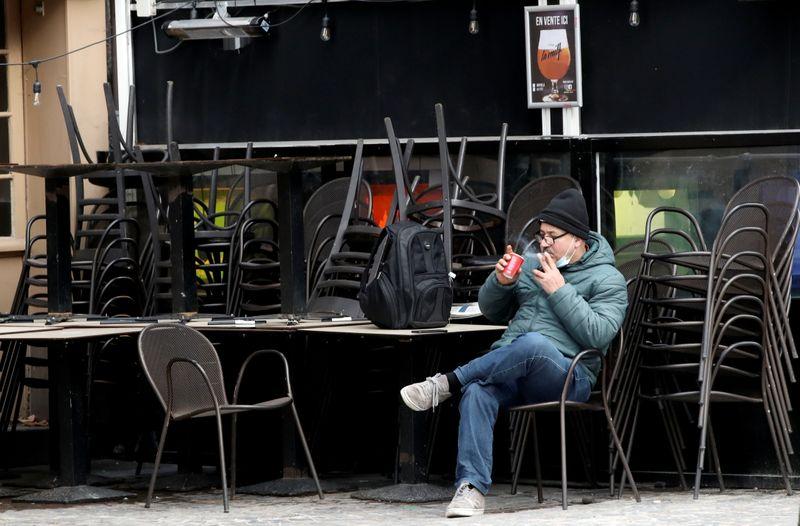 By Marine Strauss and Philip Blenkinsop

BRUSSELS (Reuters) - Belgium has allowed hairdressers to reopen mid-month in a slight easing of COVID-19 restrictions as serious infections slow in a country with one of the world's highest per capita death rates.

The Belgian government, regional chiefs and health experts decided after a three-hour meeting on Friday to permit camping or cabin sites to reopen from Monday, hairdressers and zoos from Feb. 13 and beauty parlours from March 1.

Prime Minister Alexander De Croo said the measures should not be understood as the start of wide-scale easing.

"The consultation committee is very aware of the fact that personal care plays an important role in how we feel and how we feel is a very important element in helping us through the very difficult months to come," he told a news conference.

"We have to be particularly careful with the situation. That is why the consultation committee has chosen a very cautious approach," de Croo said.

Belgium has recorded more than COVID-19 21,000 fatalities among its 11 million people, more than most other countries.

However, while cases have been inching up with more children tested, daily hospital admissions and fatalities have been heading down. The health agency said Belgium had been in a clear plateau since November, unlike many other countries.

Health agency officials told a news conference on Friday that the more infectious British variant now accounted for some 16% of positive cases, a lower share than initially feared.

The Belgian government says it needs to have fewer than 800 confirmed infections a day and 75 daily hospital admissions for a period of three weeks before substantially easing lockdown rules. Those figures are now respectively 2,349 and 121.

(Reporting by Marine Strauss @StraussMarine and by Philip Blenkinsop; editing by Philippa Fletcher)