MOSCOW (Reuters) - The Belarusian authorities detained at least 100 protesters on Sunday across the country, Russia's Interfax news agency reported, citing the interior ministry of Belarus. Tens of thousands of people took to the streets in Belarus demanding that President Alexander Lukashenko step down nearly a month after he won a disputed presidential election 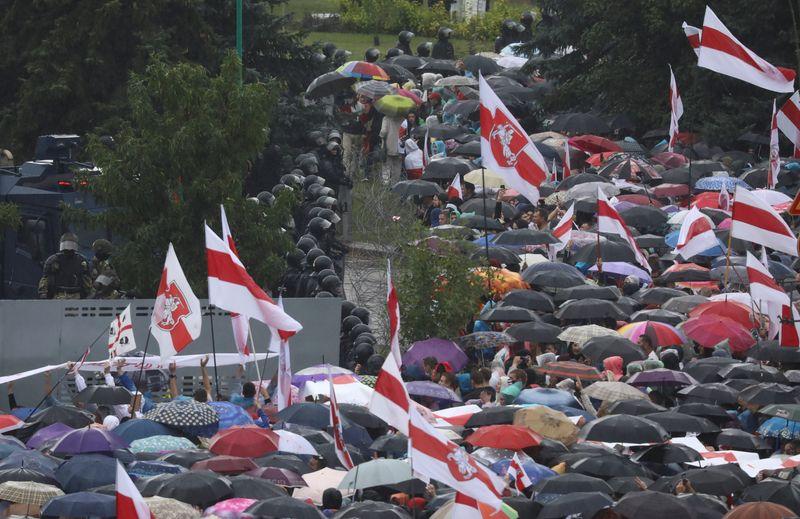 Tens of thousands of people took to the streets in Belarus demanding that President Alexander Lukashenko step down nearly a month after he won a disputed presidential election.