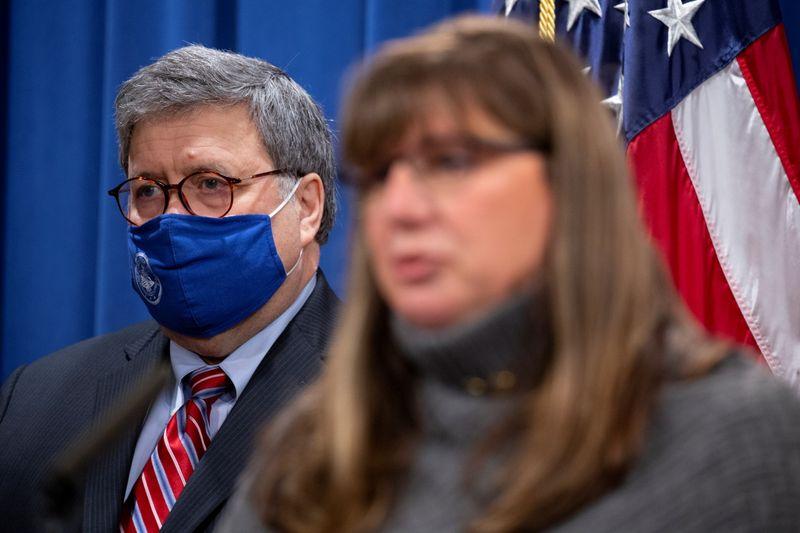 By Mark Hosenball and David Shepardson

Barr, who is set to leave office this week, also said he will not appoint any special counsel to investigate unsubstantiated allegations of election fraud. Hunter Biden disclosed earlier this month the U.S. Attorney’s Office in Delaware is investigating his tax affairs.

The Hunter Biden investigation "is being handled responsibly and professionally currently within the department," Barr told a news conference.

Barr also said he sees "no basis" for the U.S. government to seize voting machines used in the 2020 election.

Last week, Barr's successor, Deputy Attorney General Jeffrey Rosen, in a Reuters interview declined to say if he would appoint a special counsel to investigate Hunter Biden or election issues.