Dhaka: Bangladesh has inked a key deal with the US to boost trade ties after decade-long talks as the world's second largest garment exporter sought restoration of a scrapped privilege in the huge American market.

The US is the biggest destination for Bangladeshi apparel with two-way goods trade totalling USD 5.4 billion in 2012, according to the Office of the United States Trade Representative (USTR) website. The US, in June this year, suspended Bangladesh's Generalised System of Preferences (GSP) status which provided duty-free access to 97 per cent of the country's export items, citing poor safety standards in factories after the twin industrial disasters of Tazreen fire and Rana Plaza collapse. 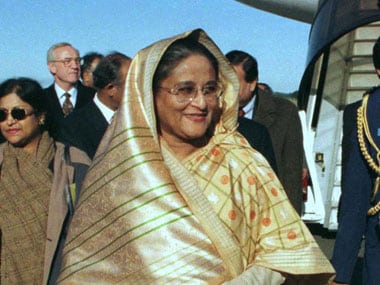 "The agreement will enable the countries to establish a forum with representatives from both parties to discuss opportunities and interests of bilateral trade and investment," a foreign office statement said.

The two countries signed the Trade and Investment Cooperation Forum Agreement (TICFA) in Washington last night. The treaty is also aimed at removing impediments in the trade and investment sectors and fostering bilateral trade and investment for creating jobs, improving technology and enhancing development, the statement said.

Commerce Minister G M Quader said "our first target is to recover our trade privileges to the US, as TICFA is a platform for resolving trade disputes between us".

He said the issue would be raised in the first meeting of the forum today while in its second meeting within three months here, Bangladesh would seek withdrawal of duties for the remaining 3 per cent of the products, which include readymade garments (RMG).

Despite its bitter dispute with the ruling Awami League over the polls-time government, main opposition Bangladesh Nationalist Party welcomed the deal but left-leaning parties protested the development calling it "anti-Bangladesh". Reports said Bangladesh was under pressure to sign the agreement.

Bangladesh, however, said there was no such pressure while Quader said TICFA was not a pre-requisite for continued Generalised System of Preferences (GSP) facility or US duty waiver scheme for Bangladeshi products.

Officials said India, Pakistan and Vietnam were the other countries in the region which have earlier signed identical agreements with the United States.