By Renju Jose SYDNEY (Reuters) - Australia's second most populous state of Victoria reported its lowest daily rise in new coronavirus cases in a month on Tuesday, stoking hopes that a second wave of infection in the state is easing. 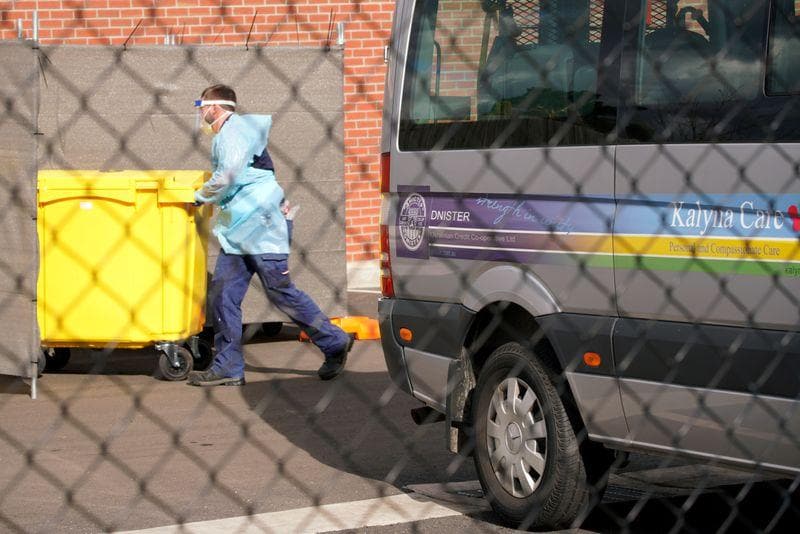 SYDNEY (Reuters) - Australia's second most populous state of Victoria reported its lowest daily rise in new coronavirus cases in a month on Tuesday, stoking hopes that a second wave of infection in the state is easing.

The state recorded 17 deaths from the new coronavirus in the last 24 hours, a day after recording its deadliest day of the pandemic with 25 casualties. It reported 222 cases compared with 282 on Monday.

"We are assessing the viability of options ranging from the fill and finish of bulk product imported to Australia through to manufacture of the vaccine candidate under licence," a company spokeswoman said in an emailed statement.

The government on Sunday said it was close to striking a deal that would permit the production of a vaccine in Australia, likely in 2021.

A cluster of infections in Melbourne, the Victorian capital, forced authorities two weeks ago to impose a night curfew, tighten restrictions on people's daily movements and order large parts of the state's economy to close.

The strict restrictions appear to have put new daily case numbers on a downward path after they peaked at more than 700 earlier this month.

Despite the second wave of infections, Australia has reported just over 23,500 COVID-19 cases and 438 deaths, far fewer than many other developed nations.