By Will Ziebell MELBOURNE (Reuters) - The Australian government announced on Sunday it would compensate volunteer firefighters in the state of New South Wales (NSW), as the country's intense bushfire season rages on. 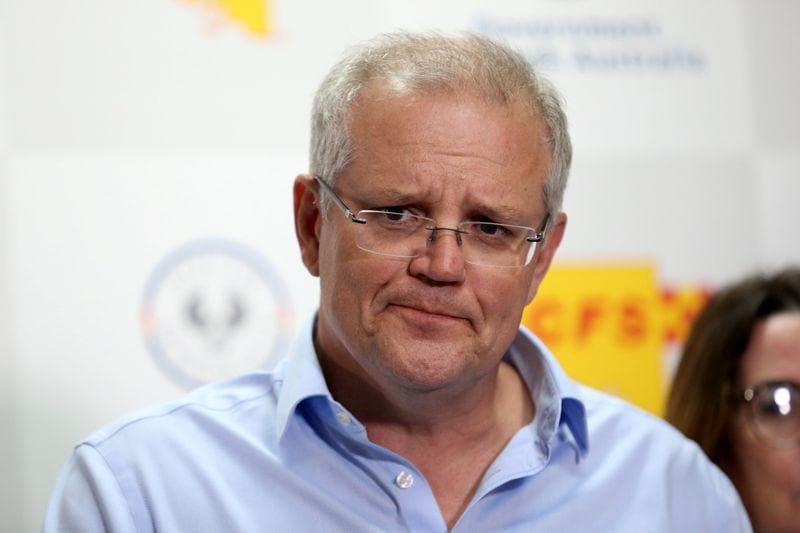 MELBOURNE (Reuters) - The Australian government announced on Sunday it would compensate volunteer firefighters in the state of New South Wales (NSW), as the country's intense bushfire season rages on.

Prime Minister Scott Morrison said payments of up to A$6,000 would be available for eligible firefighters who had spent more than 10 days in the field this fire season.

"I know that our volunteer firefighters in NSW are doing it tough, especially in rural and regional areas," Morrison said in a statement.

"The early and prolonged nature of this fire season has made a call beyond what is typically made on our volunteer fire fighters."

The conservative leader has previously said compensation for volunteers was not a priority, but he has faced increasing political pressure as widespread fires continue to burn.

On Tuesday, he announced government workers could receive additional paid leave for volunteering.

While there are different rules across Australia's states, volunteers tend to negotiate time off directly with their employer.

Bushfires have destroyed more than 4 million hectares (9.9 million acres) in five states since September and eight deaths have been linked to the blazes.

Cooler conditions in many areas during Christmas week helped contain some blazes, but the fire risk has increased in parts of the country in the final few days of 2019.

On Sunday, organisers of a major music festival in the state of Victoria canceled the event, citing extreme weather conditions expected on Monday.

"After consultation with local and regional fire authorities and other emergency stakeholders, it is clear that we have no other option," the organisers wrote on Facebook.

The event was meant to run until New Year's Eve and some 9,000 people were already camping on site when the announcement was made.

A total fire ban is in place for all of Victoria on Monday due to forecast high temperatures and strong winds creating an "extreme" fire risk across most of the state.

(Reporting by Will Ziebell; Editing by Daniel Wallis)