At United Nations, U.S. faces strong opposition to its shift on Israeli settlements 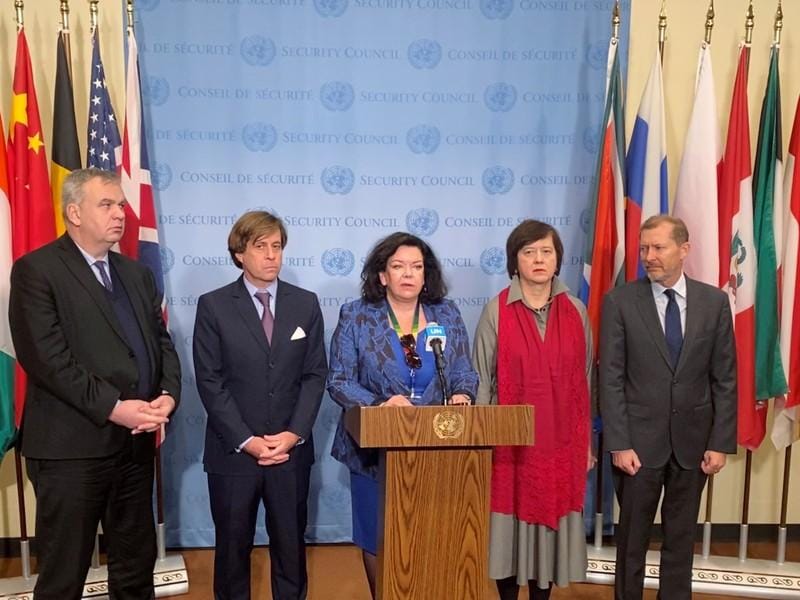 UNITED NATIONS (Reuters) - The United States on Wednesday defended itself at the United Nations against strong opposition from the European Union and other world powers to the Trump administration's declaration that it no longer considers Israeli settlements to be in violation of international law.

Monday's announcement by Secretary of State Mike Pompeo reversed a four-decade-old U.S. position on Jewish settlements in the occupied Palestinian territories. The move was welcomed by Israel but drew condemnation from Palestinians and Arab leaders.

At the United Nations, the U.S. policy shift came under fire from the EU and an array of Security Council members, including Russia and China.

"All settlement activity is illegal under international law and it erodes the viability of the two-state solution and the prospects for a lasting peace," British Ambassador to the UN Karen Pierce told reporters before the meeting. She spoke on behalf of Germany, France, Poland, Belgium and Britain, the EU's current Security Council members.

Deputy U.S. Ambassador to the UN Cherith Norman Chalet reiterated the new American position on Israeli settlements in the West Bank, saying they are "not, per se, inconsistent with international law." The shift has been widely interpreted as a green light for Israeli settlement building in the occupied West Bank, which the Palestinans want as part of their future state.

The U.S. move could also undermine efforts by President Donald Trump to resolve the conflict through a peace plan that has been in the works for more than two years but has drawn widespread scepticism even before its release.

Chalet said the United States "remains committed to the cause of peace, and Monday’s announcement does not alter this fact."

"The Pavlovian response of some European countries to (the U.S.) announcement only further delays the chances of ending the conflict," Israeli ambassador to the UN Danny Danon told the Security Council.

The chief Palestinian delegate at the United Nations, Riyad Mansour, said: "The U.S. administration once again makes another illegal announcement on Israeli settlements in order to sabotage any chance to achieve peace, security and stability."

Like many of the Trump administration’s pro-Israeli moves, the settlements announcement has appealed to evangelical Christians, an important part of Trump’s political base that he is counting on to help him win re-election in 2020.

Israel's settlements are one of the most heated issues in the decades-old Israeli-Palestinian conflict. Most of the international community sees the settlements as illegal, a view Israel has long disputed.