At 80, Russian great grandmother fired up by passion for ice hockey

By Evgenia Novozhenina BEREZNIK, Russia (Reuters) - When 80-year-old Valentina Fyodorova spotted a group of children skating across a fresh sheet of ice, she was determined to give it a try herself. The former school principal was keen on keeping fit but had never shot a puck, let alone laced up a pair of skates 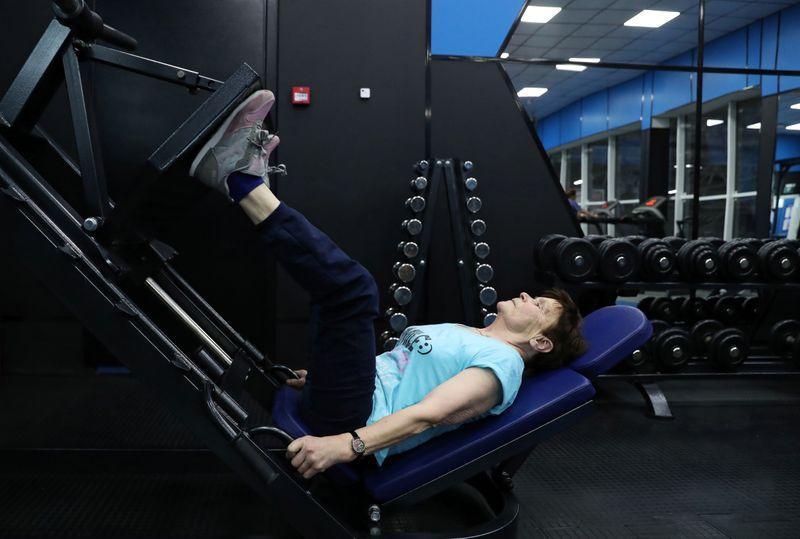 BEREZNIK, Russia (Reuters) - When 80-year-old Valentina Fyodorova spotted a group of children skating across a fresh sheet of ice, she was determined to give it a try herself.

The former school principal was keen on keeping fit but had never shot a puck, let alone laced up a pair of skates.

She could have never dreamed that she would become the captain of a senior women's hockey team in her village in northwestern Russia.

"It was a little scary at first, but when we started to play we forgot everything," said Fyodorova, who learned how to skate at 79. "We forgot our fear and that we are old."

Fyodorova is the captain and oldest member of "Ustyanochka", a team composed mostly of women in their fifties and sixties who train three times a week in the gym and on the ice.

Fyodorova, who has three great grandchildren, said that although she is much slower and less skilful than many younger players, she enjoys the camaraderie with her team mates.

"She leads by example. By skating and playing hockey, she shows that even at that age, you can do anything," said Maria Onolbayeva, a former Russian national team player and Olympian who coaches Fyodorova's team.

On her red jersey, Fyodorova proudly wears number 80. It is not a homage to one of Russia's hockey greats, but a tribute to her age.

All her team mates, in fact, wear their age on their backs.

"We are old people. We aren't embarrassed to show our age," she chuckled. "Let everybody see it."

Fyodorova had initially been scared to fall and break a bone, but gradually felt stronger and more confident on her skates the longer she spent on the ice.

Now skating has become second nature and she hopes to keep playing hockey as long as she can.

"After playing on the ice, you feel like you have so much more energy," said Fyodorova who also finds time to chair the village council. "You feel lighter. You don't feel those 80 years at all."