At 77, 'Most interesting man in the world' retires from Dos Equis' ad campaign

The famed Mexican beer company, Dos Equis has said 'adios' to 'The Most Interesting Man in the World', thereby retiring him from the brand's ad campaign to replace the pitchman with a new face.

Amsterdam-based Heineken's Dos Equis announced in a series of ads on Wednesday that the 77-year-old actor Jonathan Goldsmith who has represented the brand since the start of its 'Most Interesting Man' campaign, will no longer appear in their familiar commercials, Washington Post reported. 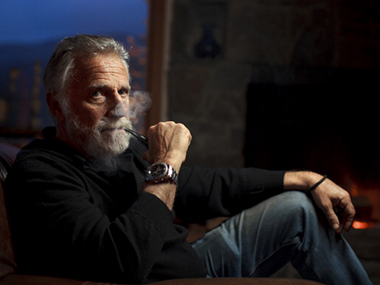 The Most Interesting Man in The World, Jonathan Goldsmith. Getty Images

Following the Dos Equis tradition of dramatizing commercials, this change was revealed in videos showing Goldsmith departing for a “one-way mission” to Mars.

"His only regret is not knowing what regret feels like," says the voiceover in the advertisement.

"Fans can rest assured that Dos Equis will reveal a new Most Interesting Man in the World in 2016, as this is not the end of the campaign, but an evolution," the company which nearly tripled its business since the campaign said in a statement, as per a CNN Money report.

Dos Equis plans to revamp the popular commercials in order to keep their edge for a new generation of customers.

"Culture has changed very dramatically since the commercials made their debut", Andrew Katz, vice president of marketing for Dos Equis told USA Today. "Our Millennial drinker has changed quite dramatically, and the competition has only exploded with the advent of craft (beer). We just want to make sure that the (Most Interesting Man) story evolves."

The beer company said the new face of the character will be revealed later this year, and that this is not the end of the 10-year ad campaign “but an evolution.”

“From superheroes to superspies, our fans are accustomed to and enjoy different takes on the same character. We know ‘The Most Interesting Man in the World’ will continue to endure and grow, as the character’s story is bigger than one individual.” said Katz in a report by Deadline.