By Kate Kelland LONDON (Reuters) - AstraZeneca started late-stage trials on Saturday of an experimental long-acting monoclonal antibody combination drug it hopes could be used as a so-called prophylactic to prevent COVID-19 infection in at-risk people for up to 12 months. 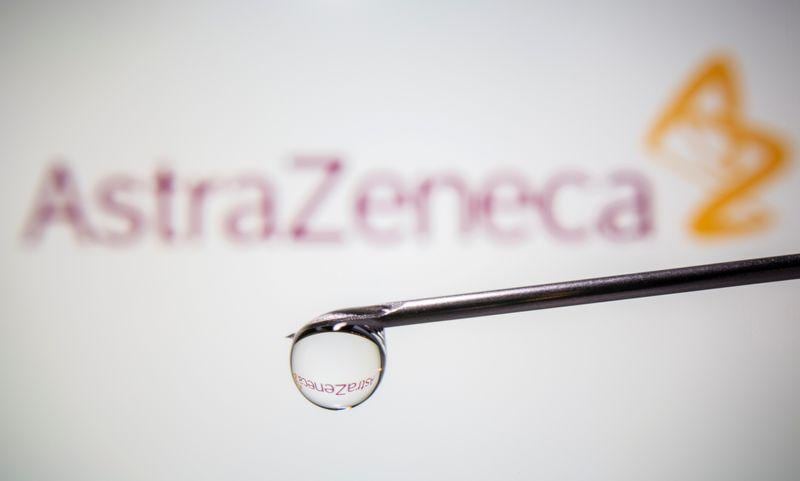 The Phase III international clinical trial will recruit a total of 5,000 people across countries in Europe and the United States to assess the safety and effectiveness of the antibody cocktail, known as AZD7442.

The prophylactic treatment differs from a vaccine in that it introduces antibodies, rather than prompting the body's immune system to make them. It may prove useful in people whose immune systems are weaker or compromised, and who don't respond to vaccination. Separately, AstraZeneca is developing a COVID-19 vaccine in conjunction with researchers at Oxford University.

In Britain, where the trials of the monoclonal antibody combination kicked off on Saturday, 1,000 participants will be recruited at nine sites, researchers leading the UK arm said.

"What we are investigating in this study is whether we can provide protection by giving antibodies that have been shown to neutralise the virus, by injection into the muscle," said said Andrew Ustianowski, a professor and chief investigator on the UK study.

"The hope is that this will then provide good protection for many months against infection."

Monoclonal antibodies mimic natural antibodies that the body generates to fight off infection. They can be synthesised in the laboratory and are already used to treat some types of cancer.

AstraZeneca said its COVID-19 cocktail - which combines two monoclonal antibodies - has the potential both to treat and prevent disease progression in patients already infected with the SARS-CoV-2 virus, and to be given as a preventative medication prior to people such as healthcare workers being exposed to the virus.

"These have been engineered specifically to have what we call a long half-life, (so) we think they will confer protection for (at least) six, but more likely closer to 12 months," Mene Pangalos, AstraZeneca's executive vice president of biopharmaceuticals R&D, told reporters at a briefing.

He said this made the cocktail, "in effect, almost like a passive vaccination."

Alongside the 5,000-participant trial assessing the drug's potential as a preventative, AstraZeneca also plans to evaluate AZD7442 as a post-exposure preventative and pre-emptive treatment in roughly 1,100 participants in trials in Europe and the United States.

The U.S. government last month awarded $486 million to AstraZeneca to develop and secure supplies of up to 100,000 doses of the COVID-19 cocktail.

The UK government also has an in-principle agreement with AstraZeneca which it says secures access to a million doses of AZD7442 if it is successful in Phase III trials.

Under a plan to set up a global production network, Astra in October enlisted contract manufacturer Lonza