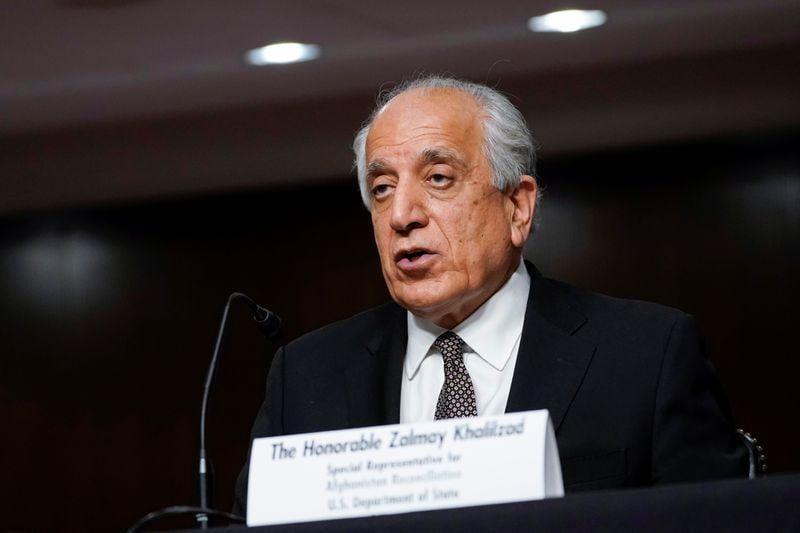 WASHINGTON (Reuters) -U.S. lawmakers grilled President Joe Biden's envoy for Afghanistan on Tuesday about how the administration plans to ensure women's rights will be protected if the hardline Islamist Taliban take control after U.S. troops withdraw later this year.

Zalmay Khalilzad, special envoy for Afghanistan Reconciliation, testified to the Senate Foreign Relations Committee at the panel's first public hearing on the administration's Afghanistan policy since Biden announced plans to withdraw troops by Sept. 11 after two decades of war.

When Biden made his announcement on April 14, he said the United States would continue providing assistance to Afghan security forces and to civilian programs, including those for women and girls.

Members of Congress, many of whom are skeptical about the plans to bring home the 2,500 remaining troops, worry the U.S. departure would cede control to the Taliban, whose 1996-2001 rule severely curtailed activities for Afghan women.

"If the Taliban were to come back to power, the reality for Afghanistan's women and girls I think would be devastating," said the committee's Democratic chairman, Senator Bob Menendez.

Menendez and Senator Jim Risch, the panel's top Republican, said they wanted information about how counterterrorism efforts would continue after a U.S. withdrawal, as well as about the ambitions of the Taliban.

"I'm concerned that the administration's decision may result in a Taliban offensive that topples the government," Risch said.

The international community has poured billions into Afghanistan's development since the Taliban was driven from power. Gains for women and girls in access to education and public life are repeatedly touted as one of the major successes.

Women have been underrepresented during peace talks, despite promises that they would have a place at the table.

Senator Jeanne Shaheen, a senior Democrat on the Foreign Relations Committee and its only woman member, said Khalilzad, who also served under former Republican President Donald Trump, had not made including women enough of a priority.

She said there was too much uncertainty about the plans for Afghanistan after Sept. 11 to know whether women's rights would be protected.

"They at least recognize it's an issue, which is a start," Shaheen told Reuters. Shaheen, who is also on the Senate Armed Services Committee, said women's rights had been discussed at every briefing she had been to.

"I think it's important for us to continue to do everything we can," she said.

In his opening statement, Khalilzad insisted that Washington was pressing for women and minorities to be included in future peace talks.

Under the Taliban, women were barred from education or work, required to fully cover their bodies and faces and could not leave home without a male relative. "Moral offences" were punished by flogging and stoning.

The Sept. 11 deadline - which marks 20 years since the attacks on the United States that prompted Washington to go to war in Afghanistan - extended the U.S. presence there beyond a May 1 deadline negotiated under Trump.