By David Morgan WASHINGTON (Reuters) - As the battle for control of the U.S. Senate intensified in Georgia, Democratic candidate Jon Ossoff on Tuesday suggested an ally of President Donald Trump may have committed a crime in approaching the top state election official about vote counting. Ossoff, who is running to unseat Republican Senator David Perdue in a pair of Jan 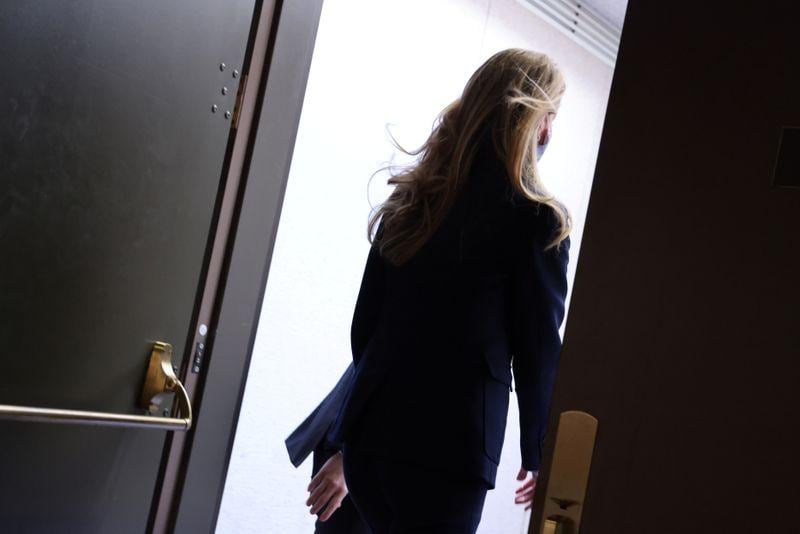 WASHINGTON (Reuters) - As the battle for control of the U.S. Senate intensified in Georgia, Democratic candidate Jon Ossoff on Tuesday suggested an ally of President Donald Trump may have committed a crime in approaching the top state election official about vote counting.

Ossoff, who is running to unseat Republican Senator David Perdue in a pair of Jan. 5 runoffs that will determine Senate control, expressed concern about Georgia Secretary of State Brad Raffensperger's claim that Republican Senator Lindsey Graham questioned the validity of legally cast absentee ballots in an effort to reverse Trump's narrow loss to President-elect Joe Biden in the state.

"I am deeply concerned by Secretary Raffensperger's statement that Senator Graham of South Carolina was pressuring him to illegally discard valid votes from Georgia voters," Ossoff told a press conference. "Senator Perdue needs to come out in public and explain whether he asked Senator Graham to take that action, which may be a federal crime."

The Ossoff campaign did not immediately respond to questions about what crime the Democrat believes Graham may have committed.

With Georgia in the midst of a massive manual recount of votes cast in the Nov. 3 election, Raffensperger, a Republican, told the Washington Post this week that Graham appeared to suggest he should find a way to throw out legally cast ballots from certain counties.

"That's ridiculous," Graham told reporters on Capitol Hill when asked about the claim on Tuesday. Graham said his Friday conversation with Raffensperger was about how signatures on mail-in ballots should be verified in the future, not in the current count.

Perdue's office did not respond to a request for comment.

The runoff campaigns between Ossoff and Perdue, and Democrat Raphael Warnock and Republican Senator Kelly Loeffler, have become increasingly acrimonious.

The national Republican and Democratic parties, along with outside groups, have been pouring money and resources into the race.

Democrats, who picked up Republican seats in Arizona and Colorado, need to win both Georgia seats to gain an effective Senate majority that could help push Biden's legislative agenda through Congress next year. Republicans are battling to retain their current majority in the chamber.

The Georgia election and Raffensperger's role in managing the vote have been fodder in the Senate battle since the two Republicans in the race - Perdue and Loeffler - called on him to resign over an election they described as an embarrassment.

The National Republican Senatorial Committee, the campaign arm of Senate Majority Leader Mitch McConnell's Republican caucus, released a video this week that tried to tie Ossoff and Warnock to weekend street violence in Washington, D.C., between pro- and anti-Trump protesters.

The ad juxtaposes footage of Ossoff giving a campaign speech and Warnock, a Black clergyman, giving a sermon with clips of violence against Trump supporters.

"The ads that they're running are so out of touch. People are about to spend Thanksgiving without family. This virus is spreading out of control. Thousands of Georgians have lost loved ones. Thousands more may die," Ossoff said.

Warnock has responded to attacks by saying he is focused on issues that matter more to voters, including policies to expand healthcare coverage amid the pandemic.

In Washington, Perdue acknowledged to reporters that "it's getting hot down there" in Georgia but did not comment when asked if he has evidence of voter fraud or would participate in upcoming debates after opting out of a December event.