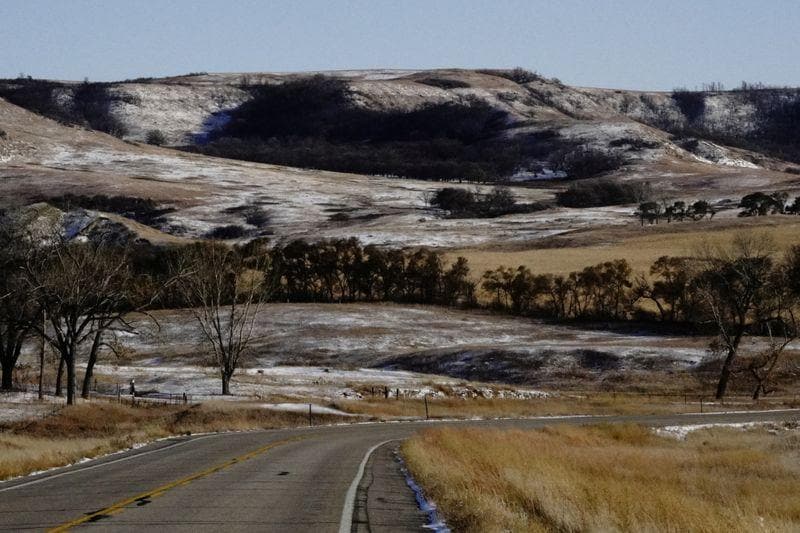 (Reuters) - North Dakota has become the 35th U.S. state to require face coverings be worn in public, as governors across the country grapple with a surge in coronavirus infections that threatens to swamp their healthcare systems.

North Dakota joined 38 other states this month in reporting record daily jumps in new cases, 17 others with record deaths and 25 others with a record number of COVID-19 patients in hospitals, according to a Reuters tally.

“Our situation has changed, and we must change with it," North Dakota's Republican Governor Doug Burgum said in a statement late on Friday.

The mask order, similar to other state mandates, requires face coverings to be worn in most indoor public places and "in outdoor business and public settings when it is not possible to maintain physical distancing."

Burgum also ordered restaurants and bars to limit diners to 50% of capacity and to close by 10 p.m., a move several other governors have made, citing data that links late-night gatherings to increased spread of the virus.

New cases nationwide rose on Friday to a daily record of over 177,000, the fourth straight day an all-time high was set, according to a Reuters tally of figures from U.S. public health agencies.

The surge is straining many state health care systems as the number of COVID-19 patients in U.S. hospitals rose to an all-time high 68,141 on Friday.

Some governors, including Iowa Republican Kim Reynolds, warned this week that their hospitals were nearing capacity.

Iowa is among 15 states without a mask mandate, but Reynolds tiptoed in that direction on Tuesday by requiring they be worn at large social gatherings and at personal service businesses, such as barbershops and salons.

The U.S. Centers for Disease Control and Prevention (CDC) has recommended mask wearing, and one widely cited model has estimated that a nationwide mandate could save 68,000 lives by next spring. Still, the issue has become politicized with several Republican governors refusing to require them, saying it is a matter of personal responsibility, not government mandate.

Republican President Donald Trump has rarely been seen wearing a mask, except when he was stricken with the virus last month. His Democratic successor, President-elect Joe Biden has sported one at nearly every public appearance.

But the country's patchwork of state responses to the pandemic will likely remain intact after Biden is inaugurated on Jan. 20, according to Dr. Vivek Murthy, the head of Biden's coronavirus advisory board.

In a television interview on Friday, Murthy, a former U.S. surgeon general, also denied Trump's campaign accusation that the incoming administration was planning a nationwide lockdown, like the one that froze much of the economy this spring.

Several governors, while stopping short of taking such a politically unpopular step, urged residents to stay home as much as possible, including Nevada Democrat Steve Sisolak, who said late on Friday that he became the fourth governor to become infected with the virus.

"This weekend, please stay home," Sisolak posted on Twitter on Saturday. "If you have to leave, wear a mask and try to limit your duration. This is serious, Nevada."

With Thanksgiving and other holidays on the horizon, several governors, including those in California, Oregon and Washington, urged residents to avoid venturing out of state.

Gathering with family and friends, some governors warned, can transmit the virus through what New York Democrat Andrew Cuomo called "living room spread."

The governors of six states in the Northeast, the region hit hardest in the early months of the pandemic, were set to hold an emergency meeting this weekend to coordinate responses, Cuomo said.

On Friday, Detroit public schools suspended in-person learning, while New York City, with the country's largest schools system, neared a trigger-point measure that would shut down its 1,800 school buildings.

The widely cited model of the University of Washington's Institute for Health Metrics and Evaluation projects almost 195,000 more fatalities by March 1. The biggest monthly spike of the pandemic will come in January, when more than 65,000 people are projected to die, the institute said.

A universal mask mandate in the country would save more than 68,000 lives by March 1, it said.