By Jan Wolfe and Brad Heath (Reuters) - Lawyers for Pennsylvania asked a judge on Tuesday to dismiss Donald Trump's bid to block President-elect Joe Biden from being certified as the victor in the state as the Republican president, with personal lawyer Rudy Giuliani arguing for him, pursued a long-shot legal challenge to his U.S. election loss. Giuliani, the former New York mayor, took a key role in spearheading Trump's case before U.S 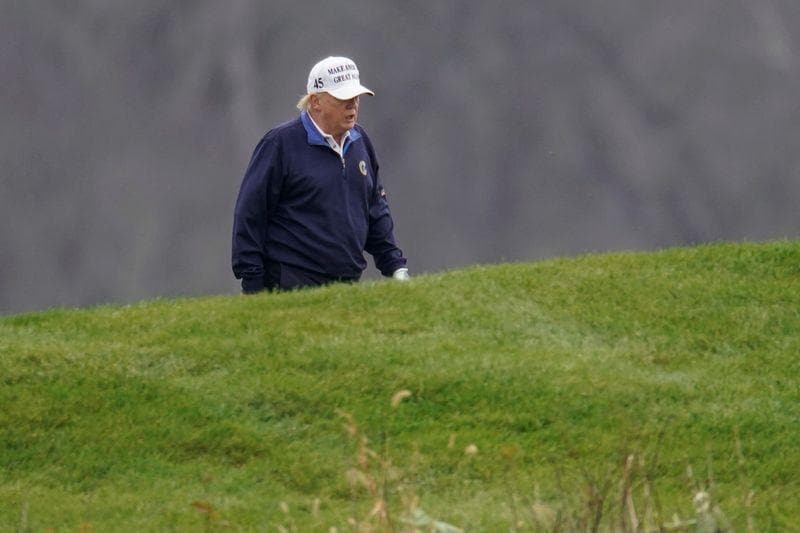 (Reuters) - Lawyers for Pennsylvania asked a judge on Tuesday to dismiss Donald Trump's bid to block President-elect Joe Biden from being certified as the victor in the state as the Republican president, with personal lawyer Rudy Giuliani arguing for him, pursued a long-shot legal challenge to his U.S. election loss.

There was "widespread, nationwide voter fraud" in the election, Giuliani told Brann, but provided little evidence to back up that claim.

Daniel Donovan, a lawyer for Pennsylvania's top election official, said Trump's campaign did not allege irregularities that would change the outcome in the state.

The Trump campaign on Sunday narrowed the Pennsylvania case to focus on a claim that voters in the state were improperly allowed to fix ballots that had been rejected because of technical errors such as missing a "secrecy envelope."

Hours before the hearing, Brann allowed Giuliani to formally appear in the case. Trump wrote on Twitter on Saturday that Giuliani was spearheading a new team to pursue the campaign's legal fight.

Trump, the first U.S. president to lose a re-election bid since 1992, has called the election "rigged," has made unsubstantiated claims of widespread voting fraud and has falsely claimed victory. State election officials around the country have said they have found no such fraud.

Biden clinched the election by winning Pennsylvania to put him over the 270 state-by-state electoral votes needed. Biden, a Democrat, won 306 Electoral College votes overall to the Republican Trumps 232, Edison Research said on Friday.

Giuliani said there was a history of voter fraud in large U.S. cities, adding, without offering evidence, that the expansion of mail-in voting in 2020 allowed officials to take advantage of a public health crisis, the coronavirus pandemic.

Donovan said the Trump campaign's alleged injuries are "speculative" and "cannot give them standing in federal court."

On Monday, three lawyers representing the Trump campaign asked to withdraw from the case, saying the campaign consented to the move but offering little explanation. Brann allowed two of the three to drop out.

The campaign and Trump supporters have filed lawsuits in multiple states challenging the Nov. 3 election result but have yet to overturn any votes. Any remote hope of reversing the election's outcome hangs on Pennsylvania.

Legal experts have said the lawsuits stand little chance of changing the outcome. A senior Biden legal adviser has dismissed the litigation as "theatrics, not really lawsuits."

The Trump campaign has had difficulty retaining legal counsel to take on its post-election challenges. Last week, lawyers at the firm of Porter Wright Morris & Arthur withdrew from representing the campaign in the Pennsylvania suit.

Another firm, Snell & Wilmer, withdrew on Tuesday from a lawsuit alleging that Arizona's Maricopa County incorrectly rejected some votes cast on Election Day.

In the Pennsylvania lawsuit, the Trump campaign alleges Democratic-leaning counties unlawfully identified mail-in ballots before Election Day that had defects so that voters could fix, or "cure," them.

Pennsylvania officials sought to have the lawsuit thrown out, saying all of the state's counties were permitted to inform residents if their mail-in ballots were deficient, even if it was not mandatory for them to do so.