As early voting crosses 40 million mark, Obama to campaign for Biden in Pennsylvania

By Trevor Hunnicutt (Reuters) - Former President Barack Obama will make his first appearance on the campaign trail on Wednesday for Democratic nominee Joe Biden, who is locked in a tight race with President Donald Trump in crucial states 13 days before the U.S. general election 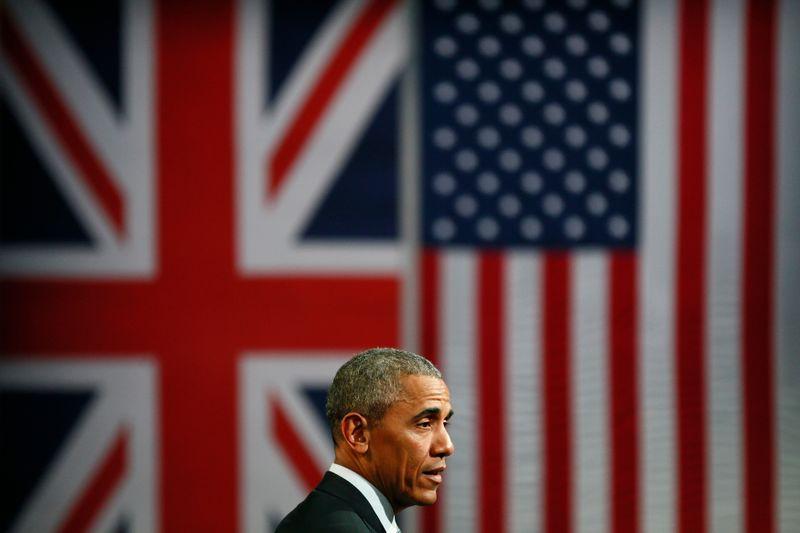 (Reuters) - Former President Barack Obama will make his first appearance on the campaign trail on Wednesday for Democratic nominee Joe Biden, who is locked in a tight race with President Donald Trump in crucial states 13 days before the U.S. general election.

Obama, who served eight years in office with Biden as his vice president, will urge supporters to vote early for Biden and other Democratic candidates at an outdoor drive-in rally in Philadelphia, Pennsylvania's biggest city, an aide to the former president said.

Americans have voted early at a record pace this year, with more than 40 million ballots cast ahead of Election Day on Nov. 3, on concerns about the coronavirus

and to make sure their mail-in votes will arrive in time to be counted.

Trump will head to North Carolina, another battleground state where opinion polls show a tight race, for a rally on Wednesday evening.

The rare public appearance by Obama, still one of the Democratic Party's biggest stars nearly four years after leaving the White House and a frequent target of Trump's attacks, comes at a critical time.

Biden and Trump are scheduled to meet in their second and final debate on Thursday night, giving the Republican an opportunity to change the trajectory of a race that Biden is leading in national polls.

Biden's campaign manager, Jen O'Malley Dillon, has warned staff and supporters she sees a far closer race in the 17 states the campaign considers battlegrounds than is suggested by the national polls showing a consistent lead for Biden.

"As President Obama has said, this is an all-hands-on-deck moment, and he looks forward to hitting the trail in person, socially distanced, since we're just two weeks out from the most important election of our lifetimes," the Obama aide said, speaking on condition of anonymity.

Biden believes he must win his birthplace of Pennsylvania, which Democrats narrowly lost to Trump in 2016, and has visited the state more than any other during the campaign.

Trump has gained ground in the state, according to a Reuters/Ipsos poll released on Monday, which showed the challenger leading by 49% to 45%, slightly narrower than a week earlier.

"If we win Pennsylvania, we win the whole thing," Trump said on Tuesday at a rally in Erie, in the state's northwestern corner.

Trump's campaign coffers have plunged as he falls behind Biden in the money race, dipping to about $63 million in the bank at the end of September after spending about $139 million during the month, a disclosure filed with the Federal Election Commission on Tuesday night showed.

The record early vote so far represents 29% of the total ballots cast in 2016, according to the University of Florida's U.S. Elections Project.

Opinion polls and voting returns indicate that many of these early voters typically don't participate in elections but are coming off the sidelines this year to back Biden - or vote out Trump.

Roughly 7.3 million infrequent and first-time voters had cast their ballots as of Tuesday, according to TargetSmart, a Democratic analytics firm. TargetSmart estimates that this group leans Democratic by 16 percentage points.

Obama's appearance on the campaign trail this week fills a gap left by Biden, who has stayed at home in Delaware since Monday for meetings and preparation ahead of the debate with Trump in Nashville, Tennessee.

Trump, who has resumed a crowded schedule of rallies since recovering from his recent bout with COVID-19

, will appear on Wednesday night at an airport rally in Gastonia, North Carolina.

and hospitalizations in battleground states, including North Carolina and Pennsylvania but also Wisconsin, Ohio and Michigan.

Pennsylvania has averaged 1,500 new cases per day over the last week, a level it has not seen since April, according to a Reuters analysis. North Carolina is averaging 2,000 new cases a day over the past week, its highest level ever.

Polling shows a majority of voters are disappointed in the way Trump has handled the pandemic, which he has repeatedly said would disappear on its own.