By Idrees Ali and Patricia Zengerle WASHINGTON (Reuters) - The level of violence in Afghanistan is unacceptably high and the United States expects further setbacks during talks, the Special Representative for Afghanistan said on Tuesday, as the Afghan government and Taliban remained far apart on even basic issues 10 days into talks meant to end two decades of war. 'By any measure, current levels of violence are too high,' special envoy Zalmay Khalilzad told a House of Representatives hearing 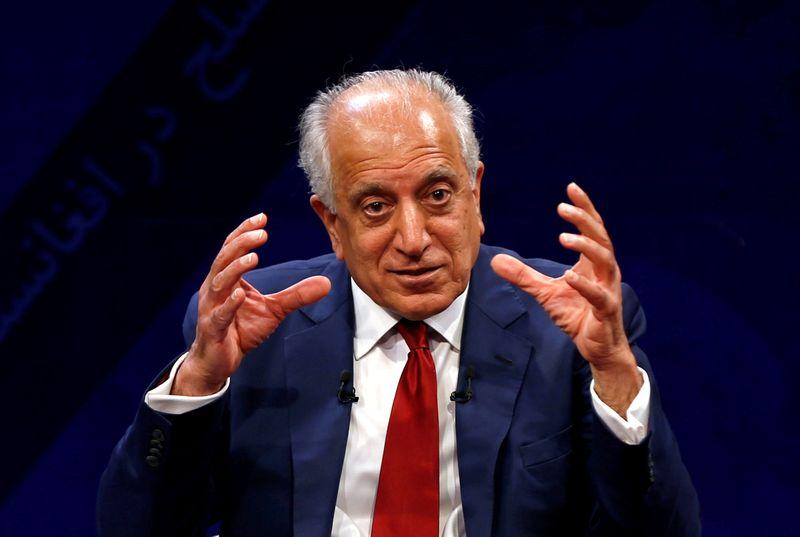 By Idrees Ali and Patricia Zengerle

WASHINGTON (Reuters) - The level of violence in Afghanistan is unacceptably high and the United States expects further setbacks during talks, the Special Representative for Afghanistan said on Tuesday, as the Afghan government and Taliban remained far apart on even basic issues 10 days into talks meant to end two decades of war.

"By any measure, current levels of violence are too high," special envoy Zalmay Khalilzad told a House of Representatives hearing.

"We know that reductions are possible," Khalilzad said.

Despite difficulties, the talks are the best hope for peace in years and come as a result of a February pact between the Taliban and United States, allowing U.S. forces to withdraw in exchange for Taliban promises on terrorism.

But the militant group has refused to agree to a ceasefire and the war grinds on.

In recent months, the Taliban has pledged to respect women's rights under sharia but many educated women who have come of age since the Taliban were ousted in 2001 for harboring al Qaeda leader Osama bin laden have doubts.

During the hearing, Democrats asked Khalilzad about the possibility that after 20 years of war, billions of dollars and thousands of deaths, the withdrawal of U.S. forces could end education for Afghan girls.

"I want to assure the Afghan women that we will be with them," Khalilzad said.

Since the spotlight faded from the lavish Sept. 12 opening ceremony for the talks in Qatar, the two sides have only confirmed that they are diametrically opposed on virtually every issue.

"While we have reasons to be hopeful, we are under no illusions about the challenges ahead. ... We expect that there will be setbacks and obstacles," Khalilzad said.

He added that Washington and allies were looking at an agreement between Afghanistan and Pakistan so that neither side's territory would be used to attack the other.

"We're hoping that by the time that these other negotiations are over, we could also achieve success in that regard," Khalilzad, who recently returned from Doha, said.

The United States is expected to reduce troop levels to 4,000 to 5,000 in the coming months and will look at further reductions based on conditions.

David Helvey, who is performing the duties of assistant secretary of defense for Indo-Pacific security affairs, told the subcommittee hearing the Pentagon was carrying out "prudent planning" to withdraw all U.S. troops from Afghanistan by May 2021 if conditions were met.

He added that for now Defense Secretary Mark Esper had not issued any orders to go below 4,000 troops.