By Joshua Schneyer, Andrea Januta and Deborah Nelson WASHINGTON (Reuters) - Deeply troubled by military housing conditions exposed by Reuters reporting, the U.S. Army's top leadership vowed on Friday to renegotiate its housing contracts with private real estate firms, test tens of thousands of homes for toxins and hold its own commanders responsible for protecting Army base residents from dangerous homes. 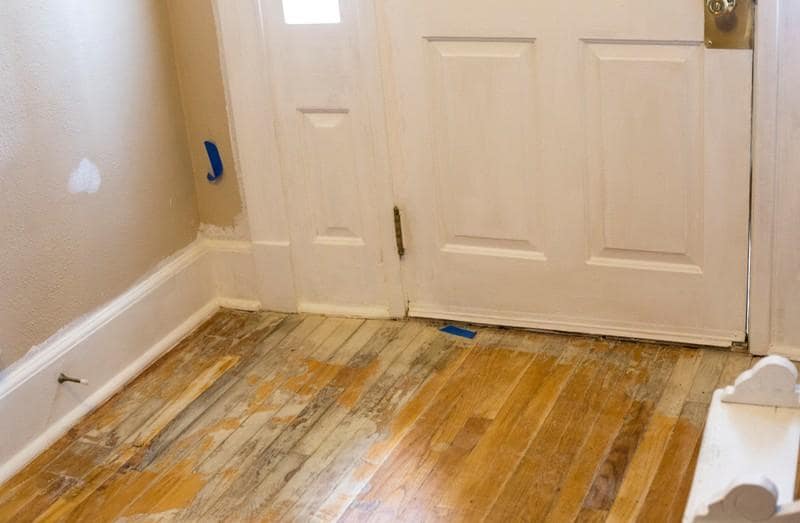 WASHINGTON (Reuters) - Deeply troubled by military housing conditions exposed by Reuters reporting, the U.S. Army's top leadership vowed on Friday to renegotiate its housing contracts with private real estate firms, test tens of thousands of homes for toxins and hold its own commanders responsible for protecting Army base residents from dangerous homes.

In an interview, the Secretary of the Army Mark Esper said Reuters reports and a chorus of concerns from military families had opened his eyes to the need for urgent overhauls of the Army’s privatised housing system, which accommodates more than 86,000 families.

The secretary’s conclusion: Private real estate firms tasked with managing and maintaining the housing stock have been failing the families they serve, and the Army itself neglected its duties.

“You’ve brought to light a big issue that demands our attention,” Esper said on Friday morning at the Pentagon. “It is frankly unconscionable that our soldiers and their families would be living in these types of conditions when we ask so much of them day in and day out.”

The Reuters reporting described rampant mould and pest infestations, childhood lead poisoning, and service families often powerless to challenge private landlords in business with their military employers. Many families said they feared retaliation if they spoke out. The news agency described hazards across Army, Navy, Air Force and Marine Corps base housing communities.

"It’s encouraging to see the Army taking action," said Eryn Wagnon, a director at non-profit the Military Officers Association of America. "We hope to see a collective solution come together consistently across the military services."

Other military branches didn't elaborate on their plans on Friday, though the Navy said it would announce further actions soon.

The reports have already spurred a raft of reforms and investigations. On Wednesday, U.S. senators pledged more action to come during Senate Armed Services Committee hearings.

Two days after those hearings, the Army outlined to Reuters its immediate and longer-term plan of reform.

To do so, the Army said it will conduct an extensive survey of its family housing across the country to define the scope of potentially hazardous conditions. Reports in the past, provided by the private industry companies themselves, painted a “false picture,” Milley said.

Army leaders singled out mould infestations as the leading cause of health concerns. On Thursday, the Army ordered its private partner at Maryland’s Fort Meade, Corvias Group, to conduct air quality testing in the nearly 2,800 homes it operates there, and report back within 60 days. The Army expects Corvias to cover the costs, up to $500 per home. The directive came after Army leaders visited Meade, hearing first-hand about pervasive mould and maintenance lapses.

In addition, the Army said it will begin renegotiating the 50-year housing contracts it has with its seven private housing partners, including Corvias. As Reuters reported, Corvias stands to earn more than $1 billion in fees and other compensation from six of the 13 military bases where it operates. Its fees continued flowing even as maintenance lapses plagued service families.

"Providing housing for our armed service members is a privilege and Corvias is making changes to meet the expectations," the Rhode Island-based company said in a statement.

When unsafe conditions persist, the Army will seek to reduce or withhold fees from its private partners. It is also examining ways to give service families more avenues to stop rent payments if problems are not quickly addressed, Milley said.

The re-negotiation process could begin as early as next week, when Army Secretary Esper will start holding regular meetings with the CEOs of its private housing partners.

Another problem the Army acknowledged: Military commands across the country, many times relying on the word of private partners, allowed housing hazards to fester. Now, Milley said, Army commanders will be tasked with greater oversight.

"My son will not 'be all that he can be,' as the Army likes to say," said Darlena Brown, a colonel's wife whose son's development was stunted by lead poisoning in a Fort Benning home, and whose story was one of those profiled by Reuters. "But I believe Army leaders will do the right thing and now recognise how the housing has failed some of us."

The Military Housing Privatisation Initiative, the largest-ever corporate takeover of federal housing, began in the late 1990s in an effort to rebuild an aging military housing stock by enlisting private developers and property managers.

“Just because someone said it’s privatised,” Milley said, “doesn’t wash our hands of the responsibility to take care of our soldiers and their families.”

Esper added: “We are acting now. More to follow.”

The Army statements come on the same day that President Donald Trump declared a national emergency to obtain billions of dollars in funding for a border wall, a plan that could divert money from military construction budgets, including funds earmarked for government-owned military family housing.

While the recent concerns have focused on privatised base housing, some lawmakers warned Trump's plan could exacerbate a housing crisis for military families.

"They will be forced to remain in 'poor' or 'failing' conditions," Senator Tim Kaine, Democrat of Virginia, said in a statement on Friday.

The Army said it awaits details on how any shift in military construction funding would affect the largest armed service branch.