OUAGADOUGOU (Reuters) - Relatives of people killed and survivors from an attack this week on a bus convoy of mine workers in Burkina Faso were increasingly angry on Saturday at what they said was a lack of support from authorities and the mining company. 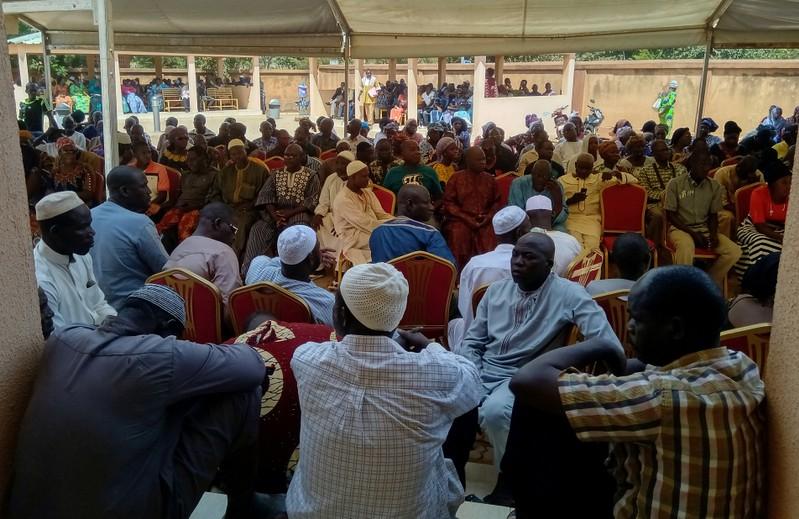 OUAGADOUGOU (Reuters) - Relatives of people killed and survivors from an attack this week on a bus convoy of mine workers in Burkina Faso were increasingly angry on Saturday at what they said was a lack of support from authorities and the mining company.

Hundreds of relatives, friends and colleagues of the victims waited for hours to recover their bodies from a morgue in the capital Ouagadougou, as a procession of vehicles made its way to cemeteries across the city. "I am unhappy because I lost my colleague and I am unhappy with the way the government is dealing with this," said Mahamdi Mande, 32, as he waited for the body of his colleague, Moussa Ouattara.

A survivor, who worked for Australian mining services provider Perenti, said neither Semafo nor Perenti had contacted him since the attack, in which he pretended to be dead to avoid being shot at. "They need to treat me like a human being. They could have tried to talk to everyone. I can't understand it - they should have done better. What they have do for us is not enough," said the worker, who asked not to be identified for security reasons. Oumarou Tankouano, whose brother was killed, also said he had not been contacted by Semafo. "Maybe after the burials, they are going to contact us. I think if any support is to come, it should be from Semafo," the 34-year-old said.

Semafo and Perenti could not immediately be reached on a Saturday for comment.

The government could not be reached for comment on Friday.

Survivors interviewed by Reuters have suggested the death toll could be much higher than the 38 officially reported. The convoy was likely carrying around 250 people, a security source who works in the sector and a worker at the mine have said previously, leaving dozens unaccounted for.

Neither Semafo nor the authorities have confirmed how many people were in the convoy. The assailants' identity was unclear, but two witnesses said some attackers shouted an Islamic phrase.

All the bodies retrieved by the government had been formally identified by Saturday, public prosecutor Harouna Yoda said in a statement. Distraught and angry relatives had complained earlier that authorities had not let them view the bodies for days following the attack.

Semafo has said the Boungou mine site, about 355 km (220 miles) from Ouagadougou, is secured, but it has suspended operations there.

Burkina Faso is struggling to combat surging Islamist violence in remote eastern and northern scrubland areas. A homegrown, three-year-old insurgency has spread over parts of the country, amplified by Islamist militant violence and criminality spilling over from its northern neighbour Mali.