By Aziz El Yaakoubi and Marwa Rashad RIYADH/LONDON (Reuters) - After months out of the global spotlight, Saudi Crown Prince Mohammed bin Salman has swept back to centre stage with eye-catching diplomatic and economic moves aimed at showing the new U.S. president he is a valuable partner who can get things done 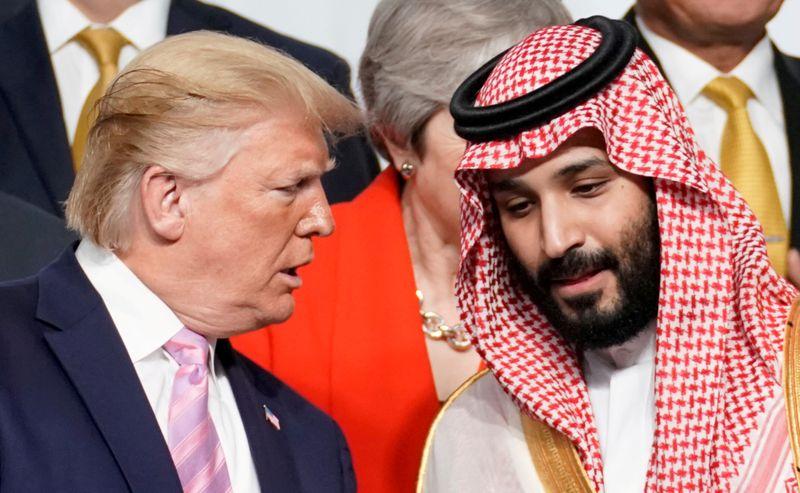 RIYADH/LONDON (Reuters) - After months out of the global spotlight, Saudi Crown Prince Mohammed bin Salman has swept back to centre stage with eye-catching diplomatic and economic moves aimed at showing the new U.S. president he is a valuable partner who can get things done.

Within the span of a few weeks, the kingdom announced an Arab deal to reconcile with Qatar, voluntary cuts to Saudi crude output to help stabilise markets and new momentum on an economic diversification plan that stumbled due to political controversy, low oil prices and COVID-19.

Whether behind the scenes or front and centre chairing a Gulf summit for the first time, the brazen young prince, known as MbS, is moving to present an image as a reliable statesman and set a pragmatic tone with a less accommodating Biden administration, especially on foe Iran, three foreign diplomats said.

Prince Mohammed's initial image as a bold reformer was battered by the 2018 murder of Washington Post columnist Jamal Khashoggi at the hands of Saudi agents seen as close to MbS, and moves to crush dissent and sideline royal rivals. He denies ordering Khashoggi's killing while saying he ultimately bore responsibility as it happened under his watch.

The kingdom's de facto ruler knows "a new era has started" without the buffer granted by President Donald Trump and that Riyadh needs to make some concessions on contentious issues like human rights in order to push for regional priorities like the Iran nuclear accord, a Western diplomat in the region said.

"They don't want the 2015 deal back on the table," the diplomat said, adding that recent positive gestures by Riyadh were in some way "all related to the change in Washington".

He said that included recent sentences handed by Saudi courts for a prominent women's rights activist and a U.S.-Saudi physician, with the convictions signalling Riyadh would brook no dissent while reduced jail terms served as a nod to Washington.

President-elect Joe Biden, who is expected to re-engage with Iran, has said he would take a firmer stand on Saudi's human rights record and the devastating Yemen war.

"For the Saudis, the calculus is clear. They have to adapt to a new world ... and present themselves in a more positive light ahead of Biden taking office," said Shadi Hamid from Washington-based Brookings Institution.

RULES OF THE GAME

Another foreign diplomat said Riyadh's "nervousness" over Biden's Iran policy was one reason it lobbied the Trump administration to blacklist Yemen's Iran-aligned Houthi group, which has launched cross-border attacks on Saudi Arabia.

Prince Mohammed was keen to "impose some rules for the game" regarding Iran and Yemen while also presenting Saudi Arabia as a "high profile member of the international community and economy" that should be defended, the diplomat said.

Warning the Houthi designation as a foreign terrorist group may push Yemen into a large-scale famine, U.N. officials have urged Biden to revoke the decision that takes effect on Jan. 19.

Saudi Arabia and its Gulf allies including the United Arab Emirates, concerned about Iran's ballistic missiles and regional network of proxies, supported Trump's maximum pressure campaign on Tehran and basked in his decision in 2018 to quit "a flawed" international nuclear deal and reimpose sanctions on Iran.

They have stressed that this time around they should be included in any potential negotiations between the Biden administration and Iran on a new nuclear deal to ensure it addresses Iran's missile capabilities and "malign activity".

The Sunni Muslim kingdom has been locked in a decades long rivalry with Shi'ite Iran for regional influence that has shaped conflicts in Yemen, Iraq, Syria and Lebanon.

In 2019, Saudi Arabia was shaken by missile and drone attacks on its energy installations. Trump boosted defence support for the kingdom, a major U.S. arms buyer, after the strike, which Riyadh and Washington blame on Iran, something Tehran denies.

Security, vital for regional economic prospects, is also a key consideration for other Gulf leaders who have also been preparing for a Biden presidency by positioning themselves as a moderating force in a turbulent region and hedging their bets.

The United Arab Emirates, wary of Iran and the perceived threat posed by Islamist movements, struck a U.S.-brokered deal to establish ties with Israel that created a new anti-Iran dynamic and opened the door for Abu Dhabi to new U.S. arms and bipartisan goodwill. Bahrain followed suit.

Although the UAE's divisions with Qatar run deep, it fell in line with a U.S. and Saudi push to end a more than three-year row and restore ties severed over issues including Qatar's ties with Iran and Turkey and its support of the Muslim Brotherhood.

"The Qatar deal is a way to have the Gulf states aligned with Israel to oppose the nuclear deal in particular and Iran in general," the Western diplomat said.

Qatar's foreign minister recently said it was the right time for talks with Iran and that Doha, home to the region's largest U.S. military base, could facilitate discussions.

Saudi Arabia also wants to make up for lost time, and money, a fourth diplomat said, as coronavirus frustrated plans in 2020 to refocus attention on MbS' ambitious diversification drive after some foreign investors were spooked by the Khashoggi murder and a secretive anti-corruption purge.

MbS made a rare TV appearance on Jan 13. to unveil a zero-carbon city as the first major construction project for NEOM, the $500 billion flagship business zone that has seen little progress since it was announced to fanfare in 2017.

A few days later he was shown alone in his private desert camp announcing investment opportunities worth $6 trillion in a virtual speech at the World Economic Forum.

"Saudi Arabia faces an enormous challenge in transforming its domestic economy and after Covid-19 the path is much more perilous. They need money and partners and they need global engagement," said Kristin Smith Diwan, senior resident scholar at the Washington-based Arab Gulf States Institute.